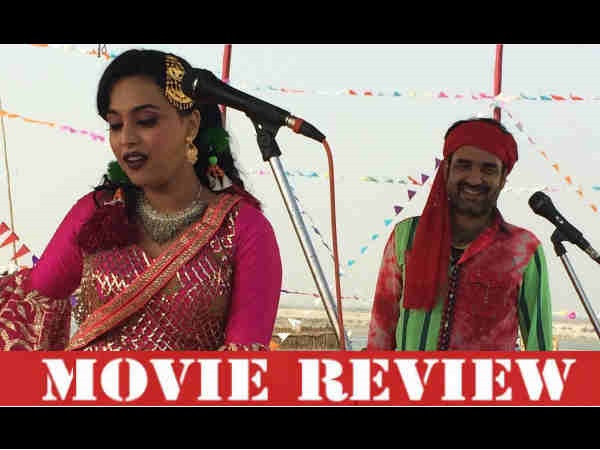 What's Nay: The slow pace of the film

Phillauri introduces us to a typical Punjabi wedding household. So, you have a daadi who doesn't mind her 'Patiala peg' even when the clock strucks 9 in the morning and of course there has to be lots of 'naach-gaana'. Our dulhe-raja is a Canada returned 26 year old Kanan (Suraj Sharma) who is all set to take the seven vows with his childhood sweetheart Anu (Mehreen Pirzada).

Unfortunately, Kanan is soon discovered to be manglik and has to wed a tree before walking down the aisle with Anu. 'Manglik ki shadi paed se hone ke baad sab kashton ka ant ho jaega'- the astrologer reasons it out to him. So, Kanan is married off to a tree in Phillaur and the family gets back into celebratory mood.

Meanwhile our boy starts developing cold-feet before the D-day leaving his to-be bride in distress. To add more to his woes, there marks the entry of Shashi (Anushka Sharma), his ghost-bride from that tree-wedding who has a sad love tale of her own with Phillauri (Diljit Dosanjh) that dates back to 98 years ago.

Will Kanan, a man born under the unlucky star succeed in helping Shashi to complete her unfinished love story?

Anshai Lal makes his directorial debut with Phillauri and almost succeeds until the slow-paced narration comes into the picture. While the two love stories run parallel and are beautifully interwoven, one wished there was some more meat in the writing.

The film starts off with a bang and is sprinkled with doses of easy humour and one thoroughly enjoys the fun-filled moments. Slowly, some intense sepia-toned romance seeps in through Anushka-Diljit's track and that's when you start realising that time has indeed slowed down.

However, the biggest letdown is the whimpering climax that looks quite ridiculous and suddenly your happy memories of the film start vanishing in thin air. *poof*

Suraj Sharma as Kanan, the confused soul facing quarterly life crisis pulls off his role with honesty and makes the film a breezy watch.

Anushka Sharma's ghostly act is far different from what we usually get to see in Bollywood film. She delivers an earnest act but sadly fails to rescue the viewers from boredom in the slow-paced scenes.

Diljit Dosanjh as the Sufi singer with an Iktara in one hand and liquor in the other wins over the hearts with his layered performance.

Mehreen Pirzada shows promise but doesn't get much to deliver barring a scene or two,

Phillauri is a techincally rich, vibrant film and has some beautiful dialogues and poems that works its charm. Anvita Dutt pens an engrossing story of love and heartbreak spanning two timelines. However one wished that the editing scissors had been a bit more sharper to save the narrative from faltering all over the places at times.

'Dum Dum' and 'Sahiba' stand out the most for its beautiful Sufi words and soul-stiring music. The rest of them don't make much an impact.

This romantic comedy has a heart of gold, but it breaks a little too early. The film leaves you with an underwhelming feeling by the end. The spirit is in the right place but it's the humans who err.