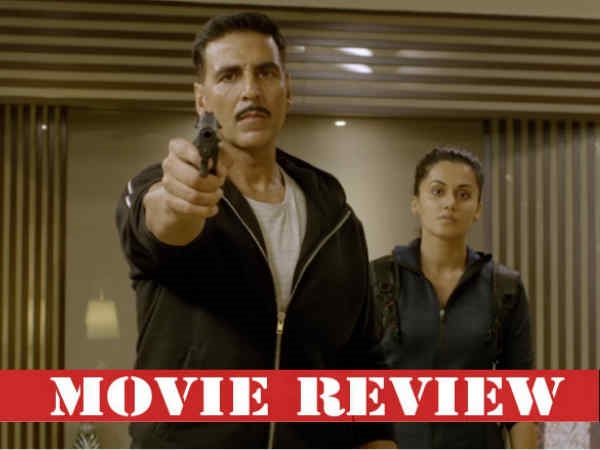 What's Nay: The makers could have focussed a bit more on Poorna's struggle on the snow-clad mountains to complete the Everest expedition.

Iconic Moment: There is a scene in the film where Poorna and her school friends play a game where each describes how they are the poorest of all. While you grin at the girls' innocence, the irony of stark reality laughs upon you.

Poorna is inspired by the real-life story of a 13 year old tribal girl, Poorna Malavath from Telangana who became the youngest girl in history to scale Mount Everest on 25th May, 2014.

Set in Pakala village, Poorna played by Aditi Inamdaar shares a special bond with her cousin Priya (S. Mariya). The duo dream of better education and food amidst their poverty-ridden living and plan to run away to the Social Welfare School which promises to provide them these 'so-called' luxury. Unfortunately, things go awry as Priya's father catches them red-handed while they are about to elope. He marries off Priya while Poorna somehow coaxes her father to get her admitted to the Social Welfare School.

However there, soon she realises that life has something bigger in store for her when she meets Dr. RS Praveen Kumar (Rahul Bose) who helps her in discovering her true inner calling.

Poorna isn't just a film! It's a mirror to the harsh realities of the society. At the same time, it talks about how hope prevails and how one's destiny can be changed with grit, determination and strong will-power. The film touches upon various topics like early marriages, corruption and social discrimination with subtlety but nowhere does it get preachy about it.

Kudos to Rahul Bose for picking up an inspiring story that may be not known to many and translating it on-screen with sheer beauty! The only grouse is that Poorna has some lines in Telugu interspersed with Hindi that seems a tad odd. Also the makers choose to explore Poorna's personal world more than her mountaineering expedition which might come across as a disappointment for those who were expecting to see more of the young girl's battle with the obstacles while climbing Mount Everest.

What works in Poorna's favour is heartfelt performances and taut plot.

Aditi Inamdaar and S.Mariya sparkle in each and every frame and win you over with their impressive act. They tug your heartstrings with an array of emotions and leave you asking for some more,

Rahul Bose gives a restrained performance but that's exactly what the script demands out of him as he takes a backseat and lets the girls steal away the show. The rest of the cast lend ample support to the film.

Poorna has a simplistic approach as far as story-telling is concerned and majorly plays on building moments instead.

Subransu beautifully captures the rusticness of the rural lanscape as well as the scenic locations of snow-clad mountains on his lens. Manan Mehta's editing works in the favour of the film.

Salim-Sulaiman's music blends seamlessly in the narrative and adds more value to the film. Poori Qayanaat and Kuch Parbat Hilaayein are our picks from the soundtrack album.

Poorna has its heart in the right place and is like that comfort food which warms you up on days when things go low. Go for it if you are looking out for some extraordinary stories of ordinary people!