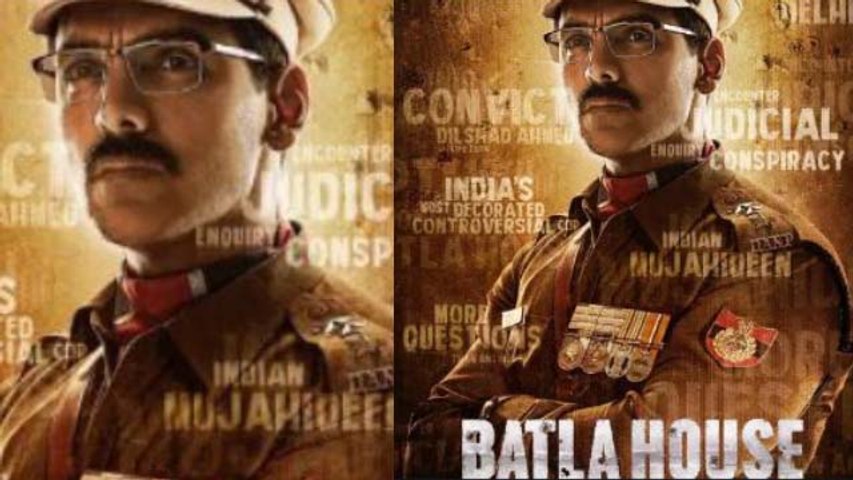 In one of the scenes in 'Batla House', during an interrogation, an accused tells John Abraham's character, 'Hamari pak kitaab mein ye likha gaya hai...Ki zulm ki kilaaf aawaz utahni chahia.' To this, the latter reads a verse from the Holy Quran and tells him, "Tum 100 logon ne hi paak kitaab padhi hai....Baaki ke hamaare 17 crore Musalmanoko padna nahi aata." One must say that Ritesh Shah's effective writing here puts across a powerful message as to how terrorism has no religion.

Nikkhil Advani's 'Batla House' begins with a showdown between ACP Sanjay Kumar (John Abraham) and his wife Nandita (Mrunal Thakur). The latter says she is fed up of him and wants to leave him. A few scenes later, we get to witness one of the most controversial chapters of the Delhi Police - the 'Batla House' encounter.

Things go out of control when an investigation turns into an unauthorised encounter and a reporting officer gets fatally injured under Sanjay's leadership. Soon, fingers are pointed at the killings and the arrests.

Through the eyes of Sanjay, we get to see how he and his team try to prove that the boys shot at the Batla House were not students but members of a terrorist organisation.

Director Nikkhil Advani derives his film largely from the 2008 Batla House encounter and the controversy surrounding it and fictionalises it to make it a thrilling ride. In between, he also uses footage of bytes, which were given by politicians such as Amar Singh, Arvind Kejriwal and others about the operation.

In the first half of the film, we get to witness the Batla House encounter and it's aftermath on Sanjay's life as he suffers from post-traumatic stress disorder (PTSD). Post interval, 'Batla House' focuses on how he and his team nab one of the absconding suspects and the courtroom trial.

While Nikkhil and Ritesh do a great job in the action sequences, they fail to explore Sanjay-Nandita's track, which puts you off a bit.

Speaking about the performances, John Abraham puts up an honest act and excels when it comes to showcasing his character's inner turmoil on the big screen. The man lets his eyes do the talking and it works in his favour.

Mrunal Thakur is no doubt, a talented actress (she was brilliant in Love Sonia). However, in 'Batla House', you simply fail to strike a chord with her. Her chemistry with John is one of the weakest portions in the film.

Nora Fatehi and Ravi Kishan are effective in their parts. Rajesh Sharma too holds your attention.

Saumik Mukherjee's cinematography blends well with the tense mood of the narrative. Maahir Zaveri's editing could have been a little tauter. Barring the trippy Saki-Saki, none of the songs leave you impressed.