In one of the heart-thumping scenes in the film, a young woman hides with a baby inside the closet while two armed terrorists enter the room and mercilessly gun down an old lady. All this while, the hidden woman tries to muffle the baby's wails with her hand. Goosebumps assured! Dev Patel-Anupam Kher's 'Hotel Mumbai' is made up of many such tense moments where you want to reach out to the distressed on the big screen.

What's Nay: The screenplay loses its bite at a few places

Iconic Moment: The hide-and-seek between the guests trapped in the hotel and the terrorists throughout the film.

Inspired by the 2009 documentary 'Surviving Mumbai', 'Hotel Mumbai' begins with a few young male jihadists making their way towards the city of Mumbai through water while a radical voice guides them over the phone to execute a deadly attack. Meanwhile, Arjun (Dev Patel) shares some tender moments with his baby and pregnant wife before rushing to the Taj Mahal Palace where he works as a waiter.

After getting reprimanded by the Head Chief Hemant Oberoi (Anupam Kher) for his improper footwear, Dev begins his shift at work. The guests stationed at the hotel include David Duncan and Zahra (Armie Hammer and Nazanin Boniadi), an influential couple along with their nanny Sally (Tilda Cobham-Hervey). There's a Russian playboy Vasili (Jason Isaacs) as well who has some wild plans for the evening.

Things take a barbaric turn when the terrorists enter the Taj Mahal Hotel and begin their hate-fuelled massacre.

Debutante director Anthony Maras recreates the horrific 26/11 Mumbai terror attacks on the big screen with sensitivity and a gripping narrative. As each scene unfolds inside the Taj Hotel, you feel the fear in the air. Every time, a trapped guest tries to flee and hide from the attackers, your heart is in the mouth. The filmmaker never tries to glamorise the depiction of the attacks and that works in favour of the film.

Maras's depiction of the terrorists isn't unidimensional. You see them sharing a joke, yelling in pain when wounded and turning into killing machines when brainwashed in the name of religion.

The film also shows us how ordinary people turn into extraordinary superheroes when tragedy strikes. Like the staff at the hotel who put their lives at stake to help the guests to see daylight.

On the flip side, the screenplay does get a bit sluggish at places and a little more characterisation of the hotel staff in the film would have worked more wonders.

Dev Patel puts up an honest performance as Arjun. Anupam Kher as Chef Hemant Oberoi pulls off a restrained act with a lasting impression. Armie Hammer and Nazanin Boniadi stir up a gamut of emotions and so does Tilda Cohham -Hervey. Jason Isaacs lends a mysterious touch to his character.

Just like how the phoenix rises from the ashes, Mumbai too was back on its feet within two days post the attacks. 'Hotel Mumbai' captures the horrific night of 26/11 in a chilling way but at the same time, it also makes you salute the undying spirit of this city's inhabitants who turn into extraordinary heroes during times of crisis. I am going with 3.5 stars. 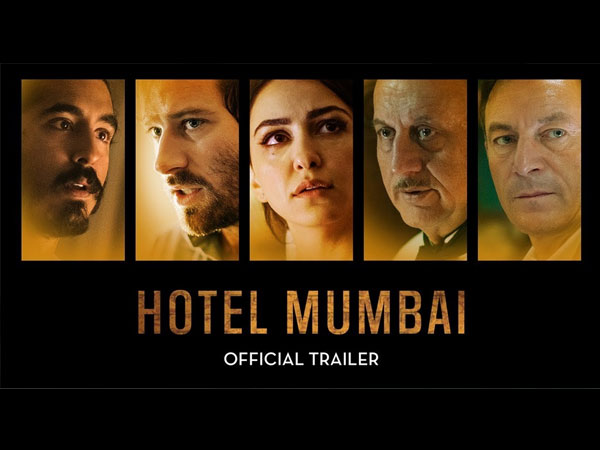