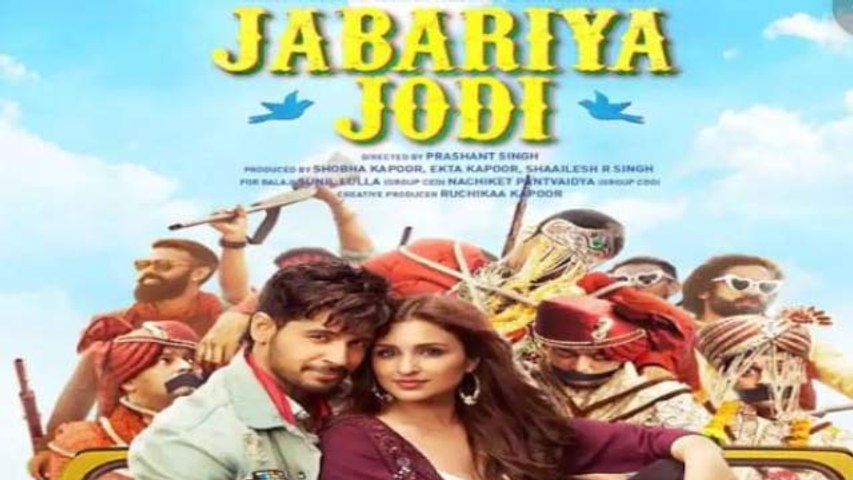 Set in Uttar Pradesh, Abhay Singh (Sidharth Malhotra) is a 'Baahubali' who conducts 'Pakadwa Vivah' where he kidnaps eligible grooms and gets them married at gunpoint to girls, whose families cannot afford the dowry demanded by the boy's side. His father Hukum Singh (Javed Jaffery) brainwashes him into believing that this 'groom-kidnapping' business is more like a 'samaaj seva'.

When Abhay bumps into his childhood sweetheart Babli Yadav (Parineeti Chopra) at a wedding, their romance is rekindled. However, he develops cold feet when Babli expresses her feelings and expresses her desire for commitment. One event leads to another and Babli decides to get hitched to him in 'Pakadwa Vivah' style.

Director Prashant Singh and writer Sanjeev Jha try to throw some light on the concept of 'forced marriages' in an entertaining way. Instead, the film ends up a confused mess due to lack of some solid writing and cohesive screenplay. While 'Jabariya Jodi' begins with a bang, it ends with a limp. Despite a promising beginning, things take a downfall post interval when the tone of the film shifts gear.

Speaking about the performances, Sidharth Malhotra's efforts to play a Bihari guy shows some hints of spark. However, the lad still has a long way to go when it comes to internalising his characters.

Parineeti Chopra is spunky in her role. However, her fiesty act in the first half reduces to a sobbing mess post interval. Her garish, OTT outfits make her look like a misfit in the film. While Sidharth-Parineeti were a total riot in 'Hasee Toh Phasee', here in 'Jabariya Jodi', their chemistry lacks the fizz.

Aparshakti Khurrana repeats his sidekick once again in this film and manages to evoke a few laughs. Pankaj Mishra and Neeraj Sood complement each other. Javed Jaffery's poker-faced humour works for the film.

Vishal Sinha's cinematography works fine. Ritesh Soni's editing scissors could have trimmed the film by several minutes. Barring 'Khadke Glassy', none of the songs linger long to make their way to your music playlist.

Sidharth Malhotra-Parineeti Chopra's game of 'uthhan-uthaayi' deserved a better story-telling. The makers failed to strike a balance between a light-hearted comedy and a socially-relevant subject and instead, present a messy fare to you. I am going with 2.5 stars.