In one of the scenes, a heartbroken Kabir Singh (Shahid Kapoor) tells his friend that birth, love and death are the three most important events and the rest of our lives are just reactions to them. A closer look into the film and you realize how Kabir's life undergoes a transformation with each of these events.

The film opens with a scene of man and a woman sleeping on a bed, lulled by sounds of the sea which lies just ahead. Few minutes later, we enter the stormy world of Kabir Singh. He is a brilliant medical surgeon and a football champ. But, he's deeply problematic and suffers from rage issues.

Kabir becomes a 'rebel with a cause' when his eyes fall on his college junior Preeti (Kiara Advani). The docile girl soon reciprocates his feelings. But when he loses her owing to a rift in their relationship, he sinks himself in a tsunami of self-pity and destruction. Over a crazy ride of booze, drugs and emotion-less sex, Kabir tries to get over this painful 'phase' of his life.

Kabir Singh is a Hindi remake of Sandeep Reddy Vanga's own Telugu work 'Arjun Reddy' which starred a brilliant Vijay Deverakonda and a charming Shalini Pandey. While this Shahid Kapoor starrer is almost a frame-to-frame copy of the original flick, the filmmaker stays true to his execution and adapts it effectively for the Hindi mainstream palate.

Kabir Singh is flawed in many ways. He's a full-blown alcoholic, a womaniser and an obsessive lover who believes in owning his ladylove. Having said that, it's extremely important to understand a film's language and gaze with respect to the context of its narrative before pointing a finger at issues like toxic masculinity, misogyny in it.

Now whether it is right or wrong, that's a question which is a never-ending debate and highly personal. Like they say, 'one man's poison is another man's meat.'

Keeping that lens aside, one of the reasons why you feel like pulling Kabir out of the abyss despite all his vices, is because of how Sandeep fleshes out his character.

[Spoiler alert- For example, the Holi scene where Kabir's rival smears colors on Preeti without her consent. A violent confrontation follows after which Kabir breaks down saying, 'There will be someone in your life who would affect you the most. That to me is Preeti.' You realize there's a vulnerable side to this rough-and-tough man as well. While the man is all storm, it's Preeti who brings a calming effect in his life.]

When his brother tells his grandmother to help in pulling Kabir out of the emotional turmoil, the latter quips, 'Suffering is personal, let him suffer.' But, Sandeep makes you feel that pain as your own throughout the journey and buy the film's climax. That's where lies the triumph.

On the flip side, Kabir Singh lacks the rawness and hard-hitting factor of Arjun Reddy. Sandeep also does away with a few scenes from the original which could have added a lot more impact. Also, what's with the Censor Board beeping all the cuss words despite the film receiving an 'A' certificate? The run-time of almost three hours could also be a little taxing if messy love stories ain't your cup of tea.

Kabir Singh majorly belongs to Shahid Kapoor. Be it love, anger, passion, obsession or being obnoxious to people around him, the actor dips himself deep in every emotion to its extreme to make his character more real. Despite Kabir's questionable character, you root for him to emerge victorious in his love story and a major credit to it goes to Shahid's top-notch act along with Sandeep's writing.

While Vijay Deverakonda in Arjun Reddy owned every moment on the screen, Shahid Kapoor in Kabir Singh too gets a similar winning streak, though it might appear a bit paler than his Telugu counterpart.

Kiara Advani pulls off an honest performance, but you miss Shalini Pandey's innocence here! Also, the chemistry between the lead pair lacks the zing that Vijay Deverakonda-Shalini Pandey had in the original.

Sohum Majumdar as Kabir's close buddy and trusted aide, Shiva shares a breezy bromance with him and adds a hint of humour in the otherwise fervent narrative.

Arjun Bajwa who essays Kabir's brother in the film too gets his moments. Suresh Oberoi, Nikita Dutta and Kamini Kaushal play their parts well.

Santhana Krishnan and Ravikrishnan's camera work creates an ambient atmosphere for Sandeep's story-telling. Aarif Sheikh's editing should have been a little more tidier.

In the music department, Kabir Singh scores a bit less as compared to Arjun Reddy. Only 'Bekhayali' leaves a haunting effect on you. On the other hand, the Vijay Deverakonda starrer had an impressive musical album which included the soothing 'Madhurame' and the highly addictive 'Telisiney Na Nuvvey'.

For those who have watched Arjun Reddy, Shahid Kapoor's Kabir Singh might not completely rip your heart out. But, it will definitely leave you with a heartache instead. It will make you want to believe that 'true love conquers all obstacles and defies all storms'. I am going with 3.5 stars. 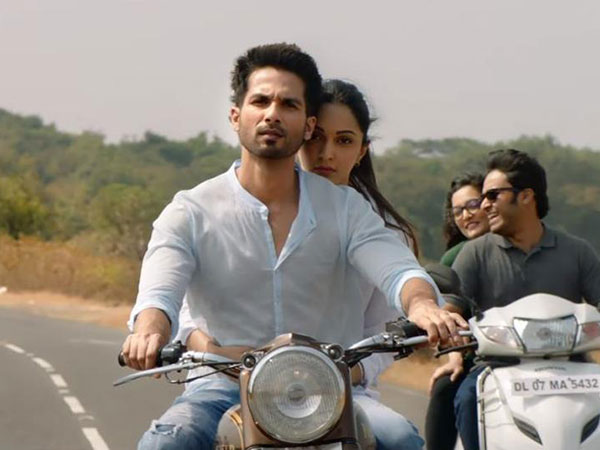