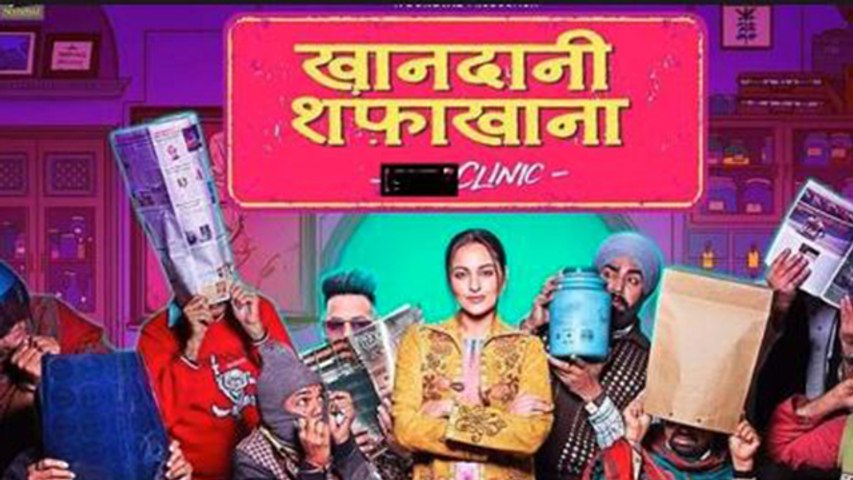 The film begins with Mamaji (Kulbhushan Kharbanda) running a sex clinic called 'Khandaani Shafakhana' and treating disorders with his Unani medicines in a small town in Punjab. Unfortunately, he is constantly mocked, ridiculed and faces social boycott for spreading awareness about sex education.

Soon, Mamaji passes away and the clinic is inherited by his niece Baby Bedi (Sonakshi Sinha). The girl works as a medical sales representative and lives with her mother (Nadira Babbar) and good-for-nothing younger brother Bhooshit (Varun Sharma) in a house that could be usurped by her paternal uncle, if she doesn't repay her dues.

When Baby gets the keys to Khandaani Shafakhana, she sees it as a golden opportunity to financially support her family. Until she realises how Mamaji single-handedly pursued his passion of serving people when he was alive. Now, torn between her duty towards her family and the larger purpose, Baby finds herself between crossroads.

It's quite brave of director Shilpi Dasgupta and writer Gautam Mehra to weave a story around a theme that's generally addressed in hush-hush tones. On the flip side, the film suffers from an inconsistent screenplay and the pace dips at places. Also, the film has sparse humour, which is quite unlike what was promised in the trailer.

Sonakshi Sinha is effective as Bobby Bedi. The actress takes her own sweet time to get into the skin of her character but then, you get your few moments, particularly the emotional ones, where she shines bright. Varun Sharma pulls off a funny act, which he has done in the past as well.

Rishi Punjabi's cinematography perfectly captures small-town India. The film could have been trimmed down a bit on the editing table.

On the music front, 'Bheege Mann' tugs your heartstrings. The rest of the songs don't have much to offer.

While Sonakshi Sinha's Khandaani Shafakhana has its heart in the right place, its beats are just faintly heard. I am going with 2.5 stars.