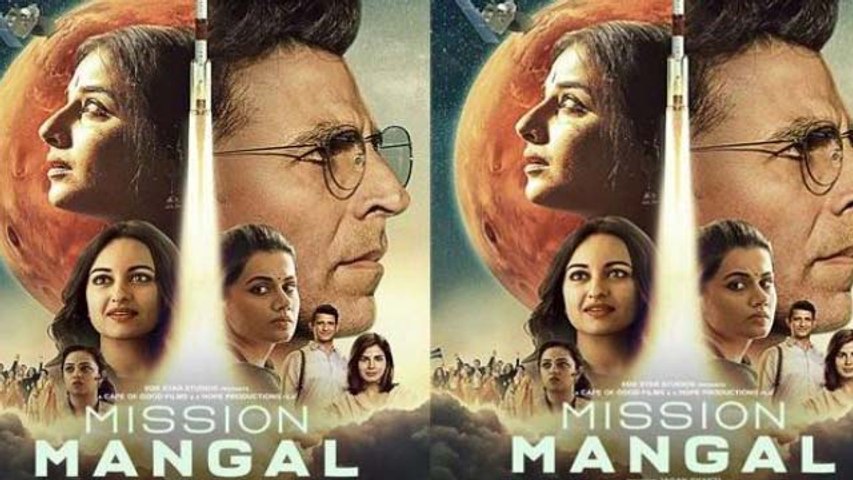 'Dream is not that which you see while sleeping. It is something that does not let you sleep,' Akshay Kumar's Rakesh Dhawan quotes the great scientist Dr. A.P.J Abdul Kalam while trying to convince other scientists who are quite cynical to green-lit his mission of launching a rocket into Mars.

Jagan Shakti's 'Mission Mangal' begins with a rocket launch mission, which turns out to be unsuccessful under the eyes of one of the project directors Tara (Vidya Balan). However, ISRO scientist Rakesh Dhawan (Akshay Kumar) takes blame for it. As a result, he is relocated to the Mars Orbitor Mission, which the board is quite confident of not taking off.

However, Tara is struck by an idea while 'frying puris' at home and charts out a plan to use that concept for the visit to the Red Planet. Convinced by it, Rakesh proposes the project to the other ISRO members who initially mock it, but later get convinced.

All characters have their own struggles at the home front to deal with along with this professional challenge.

Jagan Shakti and writer R. Balki deserve a pat on their back for presenting the film with its heart in the right place. What works in favour of them is a perfect blend of home science and logic to explain the complex scientific jargon. On the flip side, the conflict in the plot gets a tad repetitive at places. Also apart from Akshay and Vidya, the makers fail to give depth to the rest of the characters in the film.

Akshay Kumar brings the house down with the hilarious one-liners. But it's Vidya Balan who shines the most amongst all. Right from the first frame till the last frame, her heartwarming act leaves you with a smile on your face for most of the time.

Sonakshi Sinha does a fine job. Taapsee Pannu and Kirti Kulhari's characters are underdeveloped. One of the most talented actors from the south, Nithya Menen makes her Bollywood debut with 'Mission Mangal'. Sadly, she hardly gets any scope to perform.

Ravi Varman's cinematography goes well with the theme of the film. However, the makers could have focused a little more on the CGI. Chandan Arora's editing is sharp. On the music front, 'Dil Mein Hai Mars' doesn't fit the narrative. However, 'Shaabaashiyaan' is hummable.

As ISRO completes a half century today (August 15), despite its set of flaws, 'Mission Mangal' turns out to be a heartfelt tribute to our space heroes who give us many reasons to be proud of our country. Copy that! I am going with 3.5 stars.