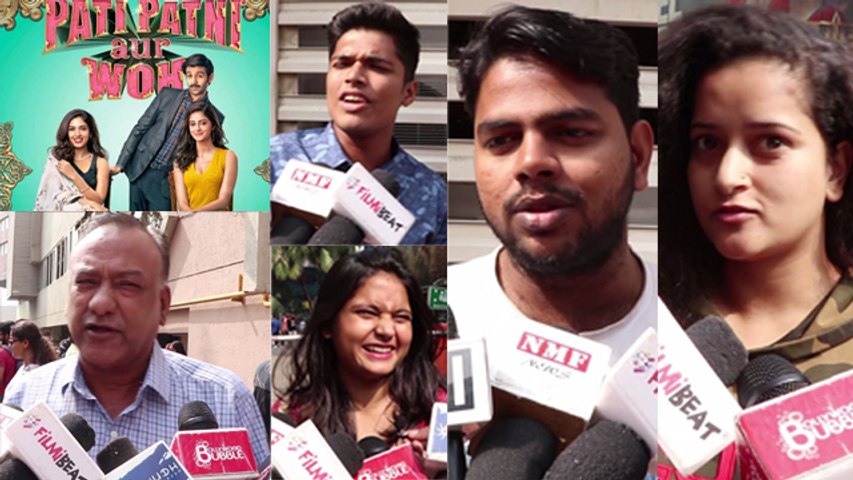 What's Nay: The humour dips a little at places

As soon as Abhinav aka Chintu Tyagi (Kartik Aaryan) tops the public service exams, his parents decide to get him hitched. Their search for a prospective bride ends with Vedhika Tripathi (Bhumi Pednekar), a fiesty girl. In their first meeting itself, Vedhika confides in Chintu that she isn't a virgin, enjoys sex and is emotionally high-maintenance.

Impressed by her progressive ways, Chintu falls for her. Sparks fly and the two end up getting hitched. Three years later, our leading man is a sincere government officer at a PWD (Public Works Department) in Kanpur while Vedhika works as a teacher at a coaching centre. Chintu's mundane existence takes a thrilling turn when Tapasya Singh (Ananya Panday) walks into his office looking for a plot to set up a workshop for her boutique in Delhi.

Believing that his fantasies have finally come to life, Chintu befriends Tapasya and starts spending time with him. Later, when she discovers that Chintu is married, the latter spins a tale about his wife Vedhika having an extramarital affair. What follows next is a breezy and hilarious comedy of errors.

Mudassar Aziz borrows the basic premise from Sanjeev Kumar-Vidya Sinha-Ranjeeta's 1978 film 'Pati Patni Aur Woh' and lends his own contemporary touch to make it palatable for today's generation. The director's breezy treatment to the plot works in its favour. He steers away from preachiness and keeps you invested with its hilarious lines.

On the flip side, the first half of the film moves 'dheeme dheeme' which leave you searching for some comic relief in between.

Kartik Aaryan impresses as the quintessential middle-class man who tries to sink his teeth into the forbidden fruit, only to invite trouble in his life. This time too, he gets a chance to floor us with his monologue.

Bhumi Pednekar slips into her character of a modern-day wife with ease and oozes the right amount of confidence and sass.

Ananya Panday brings in the glam quotient and fares slightly better than her debut film, 'Student of the Year 2'.

Last but not the last, Aparshakti Khurrana brings the house down with his hilarious one-liners. His camaraderie with Kartik Aaryan adds more to the fun.

Sunny Singh's cameo is entertaining. The rest of the cast do put up a good show.

Chirantan Das's camerawork is satisfactory when it comes to capturing the lanes of Lucknow and Kanpur. Ninad Khanokar's editing goes well with the narrative.

'Dheeme Dheeme' is a foot-tapping number which makes you want to hit the dance floor. The recreated version of Govinda-Raveena Tandon's 'Ankhiyon Se Goli Maare' which plays in the end credit, leaves you with a smile as you exit the theatres. 'Dilbara' is avoidable.

In one of the scenes in the film, a pivotal character says, "Before a woman praises your smile, ask yourself who is the reason for your smile in the first place?" Well, with 'Pati Patni Aur Woh' Kartik Aaryan, Bhumi Pednekar, Aparshakti Khurrana and director Mudassar Aziz give us enough reasons to share a hearty laugh. I am going with 3.5 stars. 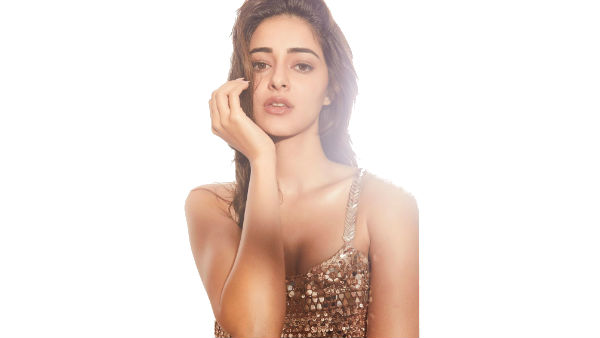 Ananya Panday: I've Had My Fair Share Of Relationships; It's Normal And One Should Not Judge Me