When one of the characters in 'Yeh Saali Aashiqui' asks the disguised hero what he does for a living, the latter replies with a smile, "Bas Uncleji logon ka hisaab barabar karta hoon." And that's exactly what this Vardhan Puri-Shivaleeka Oberoi starrer is all about.

What's Nay: The screenplay gets a bit convenient at places

Iconic Moment: Every twist in the story adds to the thrill.

While studying hospitality in Shimla, Sahil (Vardhan Puri), a quintessential small-town boy finds himself falling for his new classmate Mittee (Shivaleeka Oberoi). Over a period of time, Mittee too begins to reciprocate his feelings. Just when things look bright for the lovebirds, a sinister twist lands Sahil in a mental asylum. Is Sahil-Mittee's love as innocent as it claims to be? (Sorry, no spoilers here!)

Director-writer Cherag Ruparel along with Vardhan Puri who has co-written the film, depict the dark shades of love in an interesting format. While the premise is thrilling, it has its own share of ups and downs in terms of the execution. However, the sharp writing manages to keep you hooked to the screen. On the flip side, things happen rather conveniently at places which takes away some of the sharpness of the narrative.

Things begin on a rather shaky note for Vardhan Puri as the young lad seems to be struggling when it comes to the romance bit of the film. Thankfully, the boy pulls up his socks as the makers throw in some dark turns and twists. Having said that, he still has a long way to go.

Shivaleeka Oberoi, on the other hand, comes across as more confident on screen. She takes her own sweet time to sink her teeth into her role but once she does that, there's no looking back for her.

Ruslaan Mumtaz barely gets to display his acting chops in this romantic-thriller.

Pratik Shah's cinematography goes well with the dark theme of the film. Anirban Dutta's editing holds together the twists and turns successfully.

Armaan Malik's 'Hawa Banke' is a beautiful track which slowly grows on you. 'Sanki' perfectly captures the transition of Vardhan Puri's character. Bewaqoofi is hummable.

If you like murky love stories, Vardhan Puri-Shivaleeka Oberoi's 'Yeh Saali Aashiqui' will keep you glued till the last scene. I am going with 3 stars. 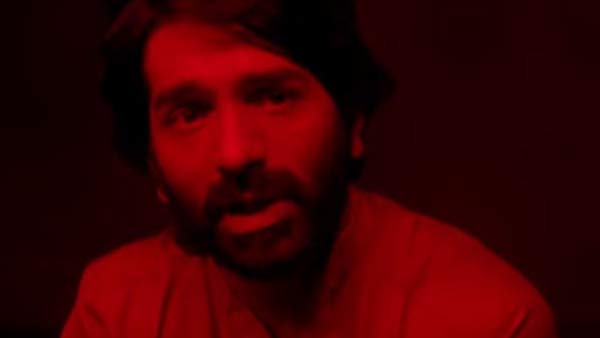