A few goons manhandle Vikram (Riteish Deshmukh) after the latter accidentally spills some food on one of their tees. Sia (Shraddha Kapoor) jokes with her friend about how the tiff isn't going to transform into a filmy moment with a hero stepping in to rescue the situation and tells her, 'Reality se yeh filmein koso door hote hain.'

This scene in Baaghi 3 looks like preparation of sorts for the unreasonable plot that forms the base of this action-entertainer.

Iconic Moment: Watching Tiger Shroff kick, punch and fly every time he takes down his opponent, brings some thrills on the celluloid.

As a kid, Ronnie (Tiger Shroff) is quite protective of his elder sibling Vikram (Riteish Deshmukh) and comes to his rescue whenever the latter finds himself in a tricky situation. Staying true to the promise given to their father on death bed, Ronnie continues his 'dare-you-hit-my-brother' act even when he grows up.

Continuing their family's tradition of serving the police force, Vikram dons the khaki uniform. With the help of Ronnie's brawn and brain, he soon becomes the most decorated cop in Agra.

However, things take a dangerous turn when Vikram goes on an assignment to Syria and ends up getting kidnapped by a militant group that rules that nation.

It's time for our 'Baaghi' Ronnie to unleash his one-man army and wage a war to bring back his brother safely home.

One of the reasons why Baaghi 3 suffers is the writing that barely makes sense at times. The low-brow humour doesn't help either. In the second half, Tiger as Ronnie and Shraddha as Sia penetrate into the enemy's territory as if it's a child's play. Ahmed Khan's weak direction leads to some blunders.

As far as the spotlight is on Tiger Shroff, things are bright. But a little more solid writing for the rest of the cast would have yielded a far better end-product.

After the stupendous success of War, Tiger Shroff further cements his position of an action star with Baaghi 3. From hanging off a helicopter, dodging bullets with a metal shield to performing aerobic stunts on cars piled up on each other, the lad is the proverbial man of steel. When it comes to action, the actor gets it right from the first frame till the last.

Shraddha Kapoor's Sia barely gets any scope to perform. Riteish Deshmukh as the dim-witted brother suffers from an incoherent role. Ankita Lokhande doesn't have any moment where she shines. Jaideep Ahlawat and Vijay Varma's character arc hardly makes sense.

Speaking about the action, the makers have definitely upgraded the Baaghi franchise and one must say, Tiger's hard work and dedication clearly reflects here. Rameshwar S Bhagat's editing scissors needed to be a little more sharper. Sandhana Krishnan Ravichandra's cinematography blends well with the tone of this Tiger Shroff-starrer.

'Bhankas', which is a wedding song, is pleasing to the eyes. Disha Patani's sizzling dance moves in 'Do You Love Me' adds some glitz amidst all 'maar-dhaad'.

As the end credits roll, the lead pair set their hair loose on 'Dus Bahane 2.0' on the big screen. Except for Tiger Shroff's jaw-dropping action avatar, Baaghi 3 barely gives you any reason to 'get ready' for this film.

We give 2.5 stars out of 5 for Tiger Shroff-Shraddha Kapoor's Baaghi 3. 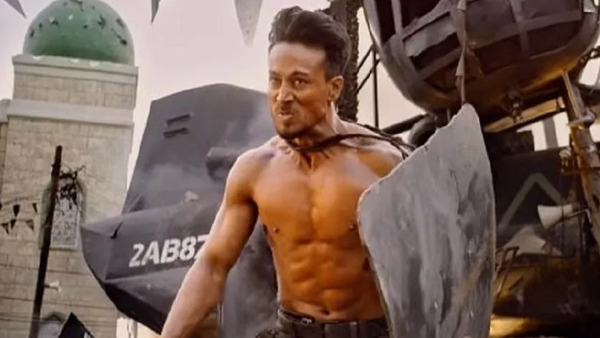