When it comes to trying horror as a genre in filmmaking, there are only a few directors who have managed to do it properly. Right from Ramsay Brothers’ Purana Mandir to Ram Gopal Varma’s Raat, Bollywood has given only selective good horror films to the cine lovers. This time, Karan Johar, who is the master of romantic and family dramas, tried his hands to bankroll horror film, Bhoot Part One: The Haunted Ship which is helmed by first time director, Bhanu Pratap Singh.

The film is based on the real-life incident happened in Mumbai. A 200-meter long huge smuggler ship, Sea-Bird stuck sandy sludge off Juhu Beach. Hence, the shipping officers Prithvi (Vicky Kaushal) and Riaz (Akash Dhar) are assigned to find what is on board the mystery vessel. Prithvi is already dealing with the trauma of losing his wife Sapna (Bhumi Pednekar) and daughter in a rafting accident. Well, while investigating the haunted ship, Prithvi witnesses strange activities in the ship and finds out that there is a ghost inside it. Later, he goes to take the help of Professor Joshi (Ashutosh Rana) to find the reason behind the evil spirit. Will succeed? Well, you'll have to watch Bhoot Part One: The Haunted Ship to find out.

Making a horror film is undoubtedly one of the toughest jobs for any first time director. Despite putting a lot of efforts, Bhanu Pratap Singh failed miserably to present the powerful horror flick on the big screen. His story and screenplay turned out to be the biggest drawbacks of the film. Sometimes, Bhoot tries to set the pitch but fails to scare audiences. The film is not scary at all and disappoints horror film lovers.

Vicky Kaushal has given good performance as Prithvi. He managed to give the perfect expressions which horror film needs. However, lackluster writing doesn't develop the character.

Bhumi Pednekar, in a brief appearance, leaves her mark. Akash Dhar as Riaz gave an amazing performance. Ashutosh Rana as Professor Joshi, as expected, used his expertise in horror films and acted brilliantly. Meher Vij turned out to be the special performer in the film and you will love her watching in a brief appearance.

The film has only one song, Channa Ve which is composed by Akhil Sachdeva. The song is melodious but doesn’t leave any impact on the film. The BGM by Ketan Sodha fails to create an impact in Bhoot Part One: The Haunted Ship.

Pushkar Singh’s cinematography is excellent. However, Bodhaditya Banerjee’s editing is not up to the mark. There were some unnecessary scenes that could have been chopped.

On and all, Bhoot Part One: The Haunted Ship is a big disappointment for horror film lovers. The film is dull and doesn’t live up to expectations.

We give 1.5 stars out of 5 to Vicky Kaushal starrer, Bhoot Part One: The Haunted Ship. 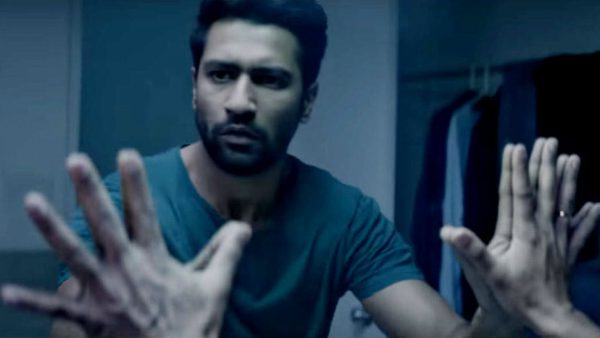