(As a tribute to late actor Sushant Singh Rajput, Filmibeat won't be giving ratings to his swansong, Dil Bechara) 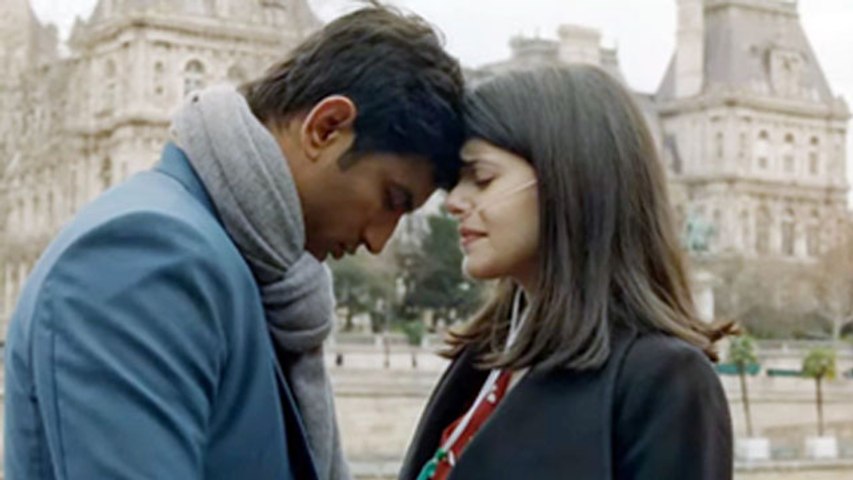 "Main bahut bade-bade sapne dekhta hoon, lekin usse pura karna ka mann nahin karta," says Manny (Sushant Singh Rajput) to Kizie's father (Saswata Chatterjee) when the duo sneak up to the terrace for a beer-drinking session on a rainy night. That's the first time when the audience gets to see the emotional side of the happy-go-lucky hero. His tears in the rain leave a lump in your throat.

Like this, there are many scenes and dialogues in Mukesh Chhabra's directorial debut Dil Bechara that feels so real, especially in context with the fact that Sushant is no longer with us.

What's Nay: A little more refined writing would have been more impactful

The film begins with Kizie Basu (Sanjana Sanghi) introducing us to her 'boring life'. She has thyroid cancer and carries her best friend, her oxygen cylinder (named Puspendra) all around. Kizie doesn't want to be strong; she just wants to be normal.

Enters Immanuel Rajkumar Junior aka Manny (Sushant Singh Rajput). The boy is a huge fan of 'Thalaiva' Rajinikanth, and spreads happiness wherever he goes. He even smiles through his osteosarcoma.

When Kizie meets Manny, it's as if life is telling her, 'Kar band sabhi ghadiyan, aur mood bana badhiya, mukhde pe jalaa le tu, muskaan ki phuljhadiyan.' The duo become friends and slowly start falling for each other. In Kizie's words, 'love is like falling asleep; it happens slowly and then all at once.' Just when Kizie learns to live her life to the fullest; thanks to Manny, a harsh reality comes knocking at her door.

Casting director Mukesh Chhabra forays into direction with Sushant Singh Rajput- Sanjana Sanghi's Dil Bechara. The filmmaker ticks all the boxes when it comes to casting department. Despite a few missteps with regard to the script, Mukesh succeeds in holding his directorial reins tight in this official adaptation of John Green's best-selling novel The Fault In Our Stars. More than the technical aspects, he lets the emotions in the film do all the talking.

Sushant Singh Rajput is the 'star' of the film. Right from the first frame till the last, the actor makes sure that your eyes are glued to him. His charming smile, his character Manny's habit of brandishing an unlit cigarette as sort of totemistic charm against death and flirtatious manner, makes you sport a wide grin throughout the film.

Sanjana Sanghi brings in a right balance of vulnerability and resolution in her character Kizie Basu. Her chemistry with Sushant is affable and sweet.

Swastika Mukherjee and Saswata Chatterjee as Kizie's doting parents deliver a dependable performance. On the flip side, Saif Ali Khan's cameo comes across as a tad disappointing. Sahil Vaid delivers what's expected of him.

Satyajit Pande's cinematography is breezy. Be it the bylanes of Jamshedpur or the vibrance of Paris, his camera lens flirts smoothly with the places. At a runtime of about 1 hour and 50 minutes, the makers of Dil Bechara keep their film short and crisp.

One of the highlights of Dil Bechara is its top-notch music. Each song depicts the mood of the characters and adds layers to the story.

Be it the exquisite duets or the solo tracks, AR Rahman hits our sweet spot with his diverse music. Dil Bechara's title track is catchy and peppy and Sushant's energetic dance moves makes it more fun. 'Taare Ginn' grows on you slowly, while 'Maskhari' and 'Khul Ke Jeene Ka' are lovable.

Can you live happily after the loss of a loved one? While Dil Bechara tries to decode the answer to this, it also leaves us with sweet memories of Sushant Singh Rajput who bid us farewell too early. At one point, when Sushant's Manny asks his friend, "Will you miss me?", it hits too close to home. Dil Bechara tugs at your heartstrings. 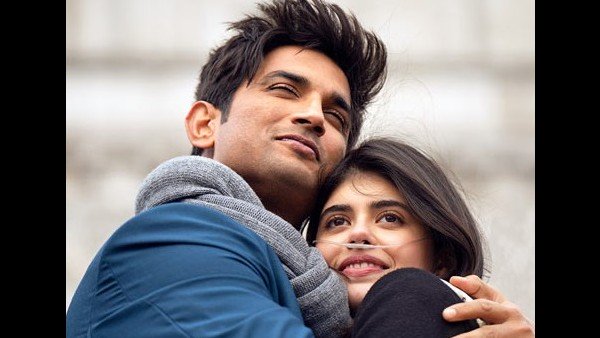