"Daadi tumhara sahi hain..naa khaane ki tension naa kaam ki tension, bas leteyy raho aaramse," quips Sunny (Shardul Rana) to his bed-ridden grandmother who is in coma. Little does he know that things are about to get topsy-turvy when his 'daadi' wakes up from her long slumber.

What's Yay: Concept of the film

Iconic Moment: The scene where daadi (Dolly Ahluwalia) has a major realization is one of the most emotional moments in the film.

Sunil (Manu Rishi Chadha) is on the verge of getting divorced from his loud wife Priya (Mahie Gill). Their son, Sunny (Shardul Rana) spends most of his time browsing through adult magazines and trying to woo their landlord's daughter Twinkle (Mehak Manwan). Amidst all this, their bed-ridden biji, Darshan Kaur (Dolly Ahluwalia) who is in coma, is the one who binds the family.

The dysfunctional family is forced to come under a roof and put up an act when a 'hilarious' incident leads their 'biji' to wake up from her trance after 30 years. To avoid inducing the shock of adapting to a new generation, the family creates the world of 90s for the authoritarian.

Will the old lady sniff out this make-belief world? The rest of the film holds an answer to this question.

Gagan Puri had an interesting concept in his hand. Sadly, the filmmaker struggles to make most out of it. Baring a few scenes, the rest of Doordarshan fails to tickle your funny bone. What's more disappointing is that Puri resorts to gay characters and a speech-impaired character to make you laugh but, it completely falls flat. Even the dialogues lack a spark to keep you invested.

Manu Rishi Chadha who is known for his terrific comic timing, is seen here struggling to evoke laughter since his lines fail to hit the right spot. Mahie Gill manages to balance her act despite the inconsistent writing.

Dolly Ahluwalia begins her act on a melodramatic note. Thankfully, she quickly pulls up the reins before your heart breaks into two. Rajesh Sharma and Supriya Shukla are not in their best form.

Among the youngsters, Shardul Rana, Archita Sharma and Mehak Manwani are impressive in their parts.

When it comes to the music department, Doordarshan fails to give us any song that registers on the lips post the end credits roll.

One of the songs in the film goes like, 'Rukawat ke liye khed hai..no rukawat please.' Unfortunately, Doordarshan fails to stick to these lyrics and turns out to be an unmemorable throwback to the bygone era.

We give 2 stars out of 5 for Manu Rishi Chadha- Mahie Gill's Doordarshan. 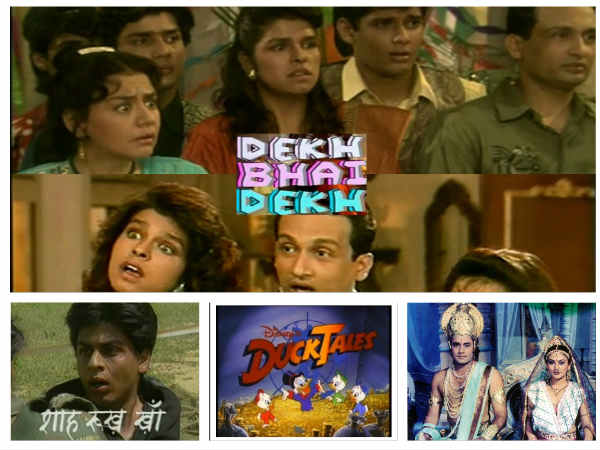 Golden Era of Doordarshan! Evergreen DD Shows That We Miss Even Today!

Mahie Gill Reveals She Has A Daughter; Opens Up About Her Live-in Relationship!