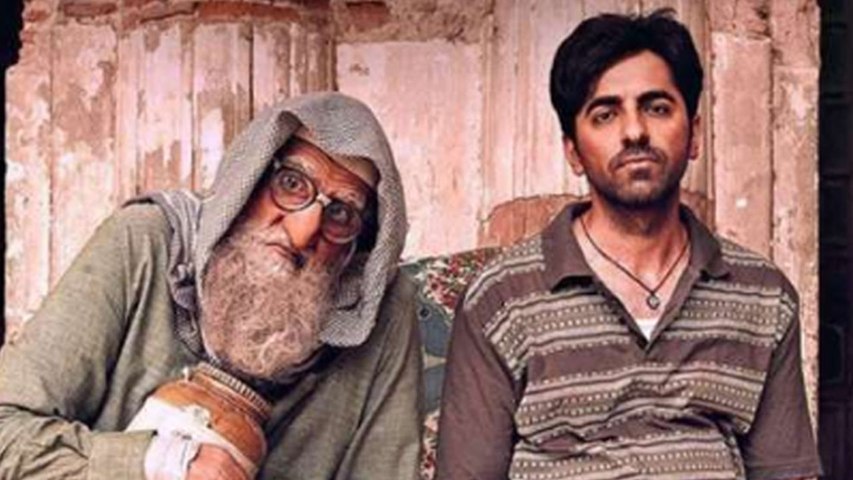 'Yeh khub ladegi, Gulabo khub lade, Sitabo khub lade, Rangilo khub lade.' A puppeteer pulls us into the world of Shoojit Sircar's Gulabo Sitabo. The puppets in his hands stand for the two quarrelsome but headstrong protagonists of the film. A dilapidated mansion is the bone of contention between them. While they squabble and keep throwing insults at each other, there is a greater lesson to be learnt - both by them and the audience.

What's Nay: The unrushed pace of the narrative might disappoint a few, who want things to unfold in the plot as soon as possible.

Mirza (Amitabh Bachchan) is constantly at loggerheads with Baankey Rastogi (Ayushmann Khurrana), who is one of the tenants at his dilapidated haveli, Fatima Mahal in Lucknow. While the rundown mansion belongs to Mirza's wife Begum (Farrukh Jafar), the old man is always scheming to evict Baankey and his clan, since they often avoid paying their measly sum of rent. Mirza tries every trick from his book to get rid of Bankey, but the latter matches him insult by insult and ploy by ploy.

However, soon, the duo unknowingly become pawns of a larger game, when their paths cross with Gyanesh Shukla (Vijay Raaz), an official of the archaeological department and Christopher Clarke (Brijendra Kala), a lawyer. Will Mirza's life-long romance with Fatima Mahal be cut short? The rest of the plot holds an answer to that.

Shoojit Sircar has a knack for using simple plot devices when it comes to storytelling, and it reflects in his latest outing, Gulabo Sitabo as well. At times, the filmmaker reminds you of the late Basu Chatterjee and Hrishikesh Mukherjee, when he focuses his lens on the mundane lives of his characters, and makes the audience a part of their world. You laugh with them, you cry with them. Further, Juhi Chaturvedi's detailed writing makes the characters relatable. Besides Mirza and Baankey, she gives the other players their own set of quirks too. Sircar and Chaturvedi brilliantly disguise a social message in between the banter and the laughs.

On the flip side, the languid pace of the film might not work for some people. The banter between Mirza and Baankey gets a bit repetitive at places.

After being in the industry for more than half a century, a thespian like Amitabh Bachchan continues to surprise us with his acting prowess, and that's one of the highlights of Gulabo Sitabo. The superstar easily slides into the character of Mirza with his Dumbledore-beard, protruding nose, thick glasses and a hunchback-walk. Right from the first frame till the last, he makes sure that his real-life persona and aura doesn't rub off on his reel self.

It is not easy to hold your own against a powerhouse of talent like Mr Bachchan, especially when juxtaposed in the same frame. But, Ayushmann Khurrana manages to sail smoothly. His banter with the veteran actor is quite entertaining, and it keeps you glued to the screen.

Abhik Mukhopadhyay's lens playfully flirt with the old-charm of Lucknow, and give Shoojit Sircar a rustic canvas to craft his story. Chandrashekhar Prajapati has a good grip on his editing scissors.

The songs in Gulabo Sitabo are majorly a part of the narrative, and they lend a wise word to the audience while reflecting the journey of the two protagonists. Shantanu Moitra's music is soul-stirring.

In one of the scenes, Baankey asks Mirza why he married Begum when she was 15 years older to him. To which, the latter quips, 'haveli.' A surprised Baankey further probes him, "Aur begum ne kya dekh liya tumhme?" Pat comes the reply from the old man, "Humari jawaani."

Even in situations of pathos, Shoojit Sircar succeeds in keeping the humour intact, and that's what makes this Amitabh Bachchan-Ayushmann Khurrana starrer an engaging watch!

We give 3.5 stars out of 5 for Amitabh Bachchan-Ayushmann Khurrana's Gulabo Sitabo. 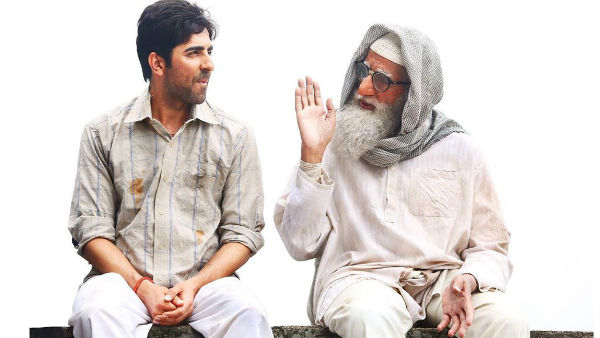