What's Nay: The film takes its own sweet time to establish the main plot

Iconic Moment: The scene where Anil Kapoor interrogates a Nigerian peddler in the jail comes with a quirky twist.

Malang begins with a solid punch where a hunky Advait (Aditya Roy Kapur) knocks off several of his fellow prisoners in a jail in Goa. After being released as a free man, he dials up the number of a cop named Anjaney Agashe (Anil Kapoor) and informs him that he's about to go on a killing spree.

One after another, cops are bumped off in a brutal manner. Anjaney along with crime branch officer Michael Rodriguez (Kunal Kemmu) begin a hunt for Advait.

Meanwhile through flashbacks, we are introduced to Advait's backstory which holds the key to the killing spree. Five years ago, he was backpack tripper who bumps into a free-spirited girl Sara (Disha Patani) at a rave party on Goa. Post a one-night stand, the duo begin to bond over adventure sports, drugs and other thrills and make a pact to make most of their time together.

However, their adventurous life soon crashes with a thud when they fall victim to an unfortunate incident. As the plot unravels further, a murky dark past threatens to unleash the madness in all the four characters.

After the lacklustre Half Girlfriend, Mohit Suri returns back to his favourite genre- thrillers and we must say, the man pulls it off quite well when it comes to calling the shots in Malang. Aseem Arrora's writing is sharp and makes sure that every character comes with layers. While the filmmaker takes some time to establish the plot, the twists and revelations in the second half piques your interest.

On the flipside, some developments in the plot look a bit contrived and dilute the thrill quotient.

Aditya Roy Kapur's introduction scene is an impressive one-take action sequence which gives him ample opportunity to display his brawn. As the scenes unravel one after the another, the actor brings finesse in his act.

Disha Patani too, gets to display her acting skills but, she still has a long way to do. However, the actress doesn't fail to raise up the heat when she shares the frame with Aditya Roy Kapur.

Kunal Kemmu springs a mind-blowing surprise. After Malang, we would love to watch him in more films.

Vikas Sivaraman's camera lens flirts with the picturesque locations of Goa and gives you some pleasing visuals on the big screen. Devendra Murdeshwar's tight editing adds to the gritty feel.

In one of the scenes in Malang, Disha Patani tells Aditya Roy Kapur, "Life is all about choices. It's either this or that." As the Mohit Suri directorial ticks off most of the boxes, pick up this thrilling ride if you are looking out for some 'sukoon' when it comes to Bollywood romantic thrillers in recent times.

We give 3.5 stars out of 5 for Aditya Roy Kapur-Disha Patani's Malang. 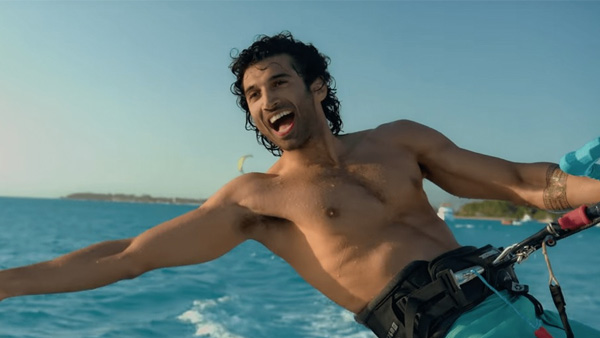