In one of the scenes in Helmet when Lucky (Aparshakti Khurana) tries to sell a few packets of condoms to a chemist, the latter tells him that he already has a stock out of which he has managed to sell only 12 packets so far, and the rest are reaching their expiry date. On hearing this, a surprised Lucky asks, "Inki bhi expiry date hoti hai?" In response, the chemist tells him, "Aisa hai duniya mein har cheez ki expiry date hoti hai...dawai se leke bahujai tak."

In a similar way, Aparshakti Khurana-Pranutan Bahl's film also comes with an expiry date when it comes to its entertainment quotient. While the film gives you plenty of moments to go 'haha', it's the dull writing in the latter half which reduces its life span. 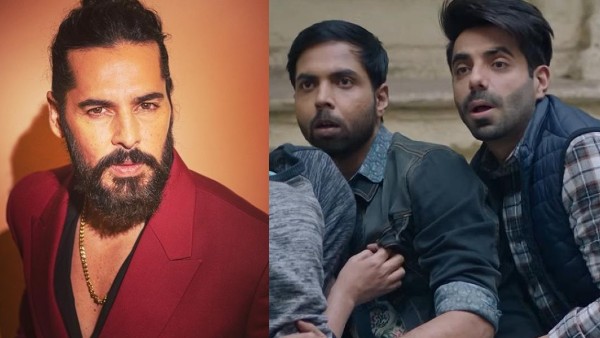 What's Nay: Drab writing in the latter portion of the film 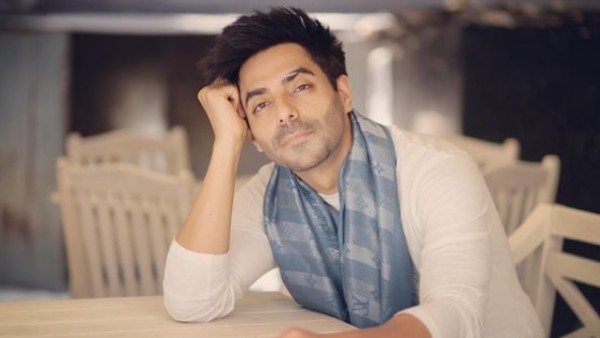 Aparshakti Khurana On Doing A Film Like Helmet: A Film With A Social Message Changes The Mindset

Helmet opens with a commentary on the exploding population of India equating its growth to that of an increase in a beautiful girl's Instagram followers. Soon, we see how a group of NAAP volunteers end up getting beaten black and blue by the crowd when they try to conduct a survey on the usage of condoms at Raaj Nagar.

Next, we are introduced to Lucky (Aparshakti Khurana), a wedding band singer who is keen to get hitched to his girlfriend Rupali (Pranutan Bahl). However like every typical Hindi film, Rupali's father (Ashish Vidyarthi) is against their match as Lucky is an orphan and doesn't match up to their financial status.

Desperate to earn some quick buck in order to start his own band and seek Rupali's hand in marriage, Lucky hatches a plan with his besties Sultan (Abhishek Banerjee), a poultry owner and Minus (Ashish Verma), Lucky's bandmate to rob a truck loaded with expensive mobile phones. However much to their dismay, the trio later discover that the looted boxes contain packets of different flavoured condoms instead of electronic gadgets. The rest of the plot revolves around how Lucky, Sultan, Minus and Rupali use this unexpected 'mauka' to fill their pockets and at the same time, contribute to a good cause.

Satramm Ramani who has assisted on films like Freaky Ali, Jai Ho and Ramaiya Vastavaiya, ventures into direction with Helmet. While he and his team deserve a pat on their back for attempting to make an entertaining film on condom usage which is generally spoken about in hush-hush tones, the film falters midway owing to its preachiness especially in the latter half. Ramani stumbles a bit while holding his directorial reins. Also, the brand placement in the film is pretty much on your face in a scene or two.

Having said that, Helmet leaves you smiling with its light-hearted moments. Despite a taboo topic like this, the humour doesn't come across as crass at any point. It's just that the film could have been a much superior product had the makers paid attention to the writing especially in the last 20-25 minutes. The climax too is a bit letdown.

Aparshakti Khurana seems to be following into the footsteps of his 'bade bhaiyya' Ayushmann Khurrana who has a knack for picking up unconventional scripts. After playing supporting roles in films like Dangal, Stree, Luka Chhupi amongst others, Aparshakti finally gets a chance to play the leading man in Helmet. Like always, here too, the man has his comic timing on point. He fares well in the emotional scenes as well.

Pranutan Bahl excels in what's written for her. With the right amount of spunk, her act as Rupali is affable. Abhishek Banerjee fares well when it comes to the humour department especially in the scene at the cinema hall. But the show majorly belongs to Ashish Verma as the dim-witted Minus who is hard of hearing. Throughout the film, his act leaves you grinning from ear to ear. Sharib Hashmi and Ashish Vidyarthi pull off a decent performance.

Barring 'Mauka Mauka' song in the vocals of Shubham Shirule, none of the other tracks grow on you. 'Doli' and 'Band Baj Gaya' barely register due to its forgettable lyrics. 'Barbaad' too forays in a similar direction.

In a country where there is still a distaste for condoms owing to the social conditioning and societal judgement, Helmet tries to throw light on this nagging topic in an entertaining manner. However despite all the humour and good performances, the impact isn't long-lasting due to its weak climax.

We give 2.5 stars out of 5 for Aparshakti Khurana-Pranutan Bahl's Helmet.