When a character in Satish Kaushik's Kaagaz advises Bharat Lal (Pankaj Tripathi), a bandmaster, to take loan in order to expand his business, the latter brushes him off by saying, "Yeh karza joh hai na woh kutte paalne jaisa hai, kehne ke liya suraksha karta hai, par roz bow bow karke roti maangega. Jo ek din roti na do toh kaat de." Nevertheless, Lal still ends up at a local bank for loan, only to discover a tragedy waiting for him. But for the audience, there's plenty of laughs and some food for thought.

What's Nay: The narrative looses its grip at a few places, underwhelming climax

Kaagaz begins with the voiceover of Salman Khan reciting a poem which talks about how paper plays an important role in our lives. We are then introduced to Azamgarh-based bandmaster Bharat Lal (Pankaj Tripathi) and his family which includes his wife Rukmini (Monal Gajjar) and a son. On his wife's insistence, when Bharat lands up at a bank to take a loan for business purpose, he discovers that he has been declared dead as per official records due to a conspiracy by his conniving relatives in a bid to steal his assets.

Not the one to keep mum, Bharat Kumar 'Mritak' decides to expose the glaring truth about the agony of people who have been declared 'dead' on paper despite being alive because "Maan samman, pehchan ki ladai hai ab." With the help of a jugaadu lawyer Sadhuram (Satish Kaushik), a news reporter Sonia (Neha Chauhan) and an opportunistic politician Ashrafi Devi (Mita Vashisht), Bharat Kumar decides to fight the system to prove his existence.

Satish Kaushik's directorial film Kaagaz is inspired by the real life story of UP based farmer Lal Bihari who struggled for 19 years to prove that he is alive after being declared dead in government records. The director begins the film on a promising note as we get a glimpse of the daily happenings in an aam admi's life. Through the All India Radio's signature tune playing in the background and the mention of 'Binaca geet mala' and 'fiat' in the conversations, Kaushik takes us back in time.

It's fun to watch Pankaj Tripathi flirt with Kaushik's witty writing. The flipside arrives when the story takes a sombre turn at places, and you find the narrative moving at a languish pace. Also, the climax comes across as a bit bizarre and abrupt. But then, all's well that ends well.

Pankaj Tripathi is the show stealer in Satish Kaushik's Kaagaz. The man is a commendable performer when it comes to delivering humour with a straight face. At places where the writing goes blunt, it's Tripathi's first-rate acting chops which saves the day.

Satish Kaushik puts up a reliable act as the lawyer who initially cons Pankaj Tripathi's Bharat Kumar to believe in the system, but later becomes one of his allies in his fight against the system. Monal Gajjar as Bharat's rustic spouse lends a good support. Mita Vashisht and Amar Upadhyay suffer from half-baked roles.

Arkodeb Mukherjee's camera work captures the time transition effectively. Minus any frills, Kaushik keeps the production value basic which is the requirement of his story. The film could have been trimmed short by a few minutes on the editing table.

Sandeepa Dhar's dance song 'Lallam Laal' comes across as a misfit, both in terms of the narrative and the picturization. The other songs are passable even though the film doesn't offer any scope for music.

We give 3 stars out of 5 for Pankaj Tripathi-Satish Kaushik's Kaagaz. 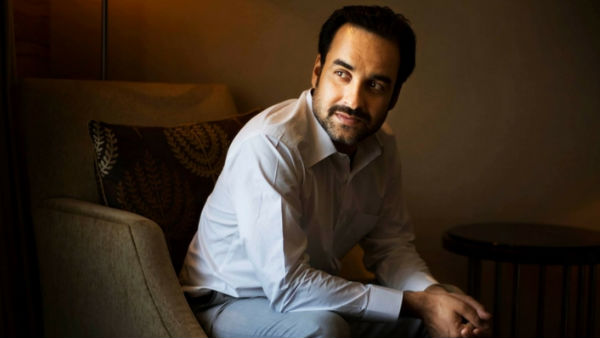 ALSO READ: Pankaj Tripathi On Kaagaz: I Had Never Thought That Someday There Will Be A Film In Which I Will Play The Lead