In a similar vein, you wonder how amazing Vidyut Jammwal's Sanak could have turned out to be if it had some solidly-written baddies, deft direction and less of melodramatic scenes which serve no purpose to the plot. Unfortunately, director Kanishk Verma ends up missing the bus here. 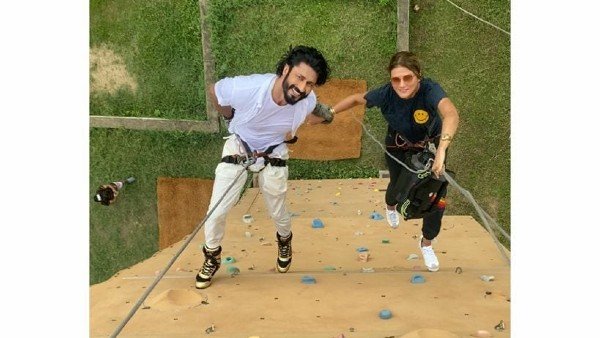 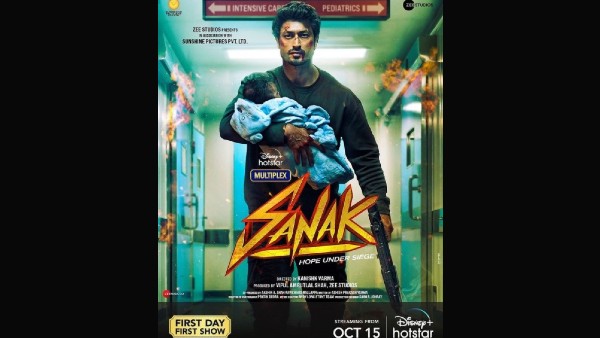 Vidyut Jammwal's Sanak To Release On October 15 On Disney+ Hotstar

Sanak opens up with a happily married couple (Vivaan) and Anshika (Rukmini Mitra) enjoying a campfire date on their third wedding anniversary when the latter suddenly passes out. It is discovered that Anshika is suffering from hypertrophic cardiomyopathy and needs to be operated at the earliest.

Post a successful surgery, Anshika is all set to return back to her happy life with Vivaan when a group of terrorists headed by Sajju (Chandan Roy Sanyal) attack the hospital and take her and several other people as hostages for their heinous motives. When Vivaan realizes the hostage crisis in the hospital, he turns into a one-man army to tackle the gang and save his lady love. On the other hand, ACP Jayati Bhargav (Neha Dhupia) who is spearheading the rescue operation finds herself in a Catch 22 situation.

The rest of the plot revolves around how Vivaan races against time to take down his opponent when several lives are at stake.

Hostage dramas are supposed to keep you at the edge of the seat with their thrilling twists and intriguing sub-plots. Sadly, Sanak offers you neither of them. The writing is plain boring and lacks a punch. Some of Vidyut and Rukmini's dialogues are unintentionally funny especially the ones where they record voice messages for each other. Also, you wonder what's with the makers' obsession with babies! Kanishk Verma barely gets a chance to show his direction skills as the writing suffers from mediocrity. At the end of the day, Sanak ends up as an assault on your senses barring some impressive swift action moves by Vidyut Jammwal.

Like every film of his, in Sanak too, you have Vidyut Jammwal going on a bone-breaking spree. This time, he's a MMA fighter. So expect a lot of jabs, round kicks, trips, sprawls and back mount escapes. The man is good when he is a killing machine on the ground. But things get shaky when it comes to emotional scenes. They simply fail to strike a chord.

Bengali actress Rukmini Maitra makes her debut in the Hindi film industry with this Vidyut-starrer and well, it's barely an impressive one. She has a long way to go when it comes to her dialogue delivery which just seems off the hook at places.

Neha Dhupia barely gets to a chance to rise in her role of a cop. Besides mouthing a set of instructions throughout the film and a token dialogue in a crucial scene, the actress ends up underutilized. Chandan Roy Sanyal's antagonist act is more dreary and less maniacal.

Some of the action sequences featuring Vidyut Jammwal are well-choreographed. Pratik Deora's framing of shots there add to your excitement levels. Sanjay Sharma's editing works alright for the film.

The music of Sanak is as forgettable as the dialogues in this action thriller. Jeet Gannguli's 'Suna Hai Tere Dil' which is a part of the narrative makes for a decent listen. 'O Yaara Dil Lagana', a reprised version of the original song from Manisha Koirala's Agnisakshi is all glam and no soul.

"Doctor, patient ki smile missing hai. Lage haath isse bhi fix karwa le ka?," says Vivaan (Vidyut Jammwal) to diffuse the tension in the air when his wife Anshika (Rukmini Maitra) is on her way to get operated. Hearing this, the lady's lips hold a faint smile. If only it was as easy as this to fix a poor film!

We give 2 stars out of 5 for Vidyut Jammwal-Rukmini Maitra starrer Sanak.