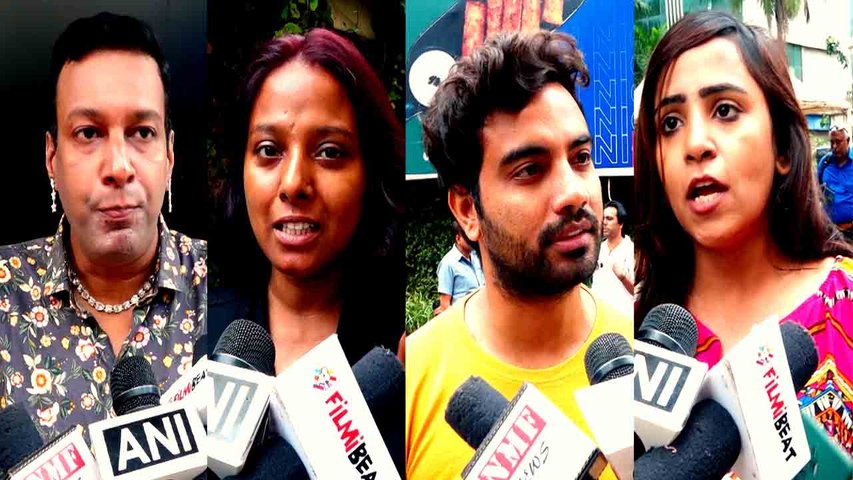 "Darr aur pyaar logon se buri cheezein karwata hain," Rasika (Disha Patani) in her seductive yet intimidating voice, tells Bhairav (John Abraham) in a car halted in the midst of the rains. By the end of two hours and eight minutes, you realise Ek Villain Returns has neither 'darr' nor 'pyaar' to take back home. So, what could be the reason behind this hotchpotch masquerading as a thriller?

What's Yay: The tiger who is the real hero of this film. (There's 'HERO' written outside his caged room. Nope, we ain't kidding!)

Ek Villain Returns opens on a slasher note as a masked person gatecrashes an aspiring singer Aarvi (Tara Sutaria)'s house party through a window, and attacks her and her friends. A leaked video from the crime scene has Aarvi addressing her attacker as Gautam Mehra (Arjun Kapoor), a rich spoilt brat.

Through a series of flashbacks, we learn that Aarvi and Gautam share a rocky history. Aarvi had created a parodical song from a viral video of Gautam creating a scene at his ex-girlfriend's wedding. In retaliation, he gets close to Aarvi by helping her perform at a famous music festival and ends up exposing a hidden secret about her life.

In a parallel track, Bhairav (John Abraham), a cab driver and a part-time zoo worker falls for Rasika (Disha Patani), a salesgirl at a retail shop. Their love story hits a roadblock when Bhairav discovers a shocking side of Rasika.

Cut to the present, a serial killer is on the prowl in the city. He specifically targets young women with one-sided lovers. "Dil tute aashiqon ka maseeha banna chahta hain," a cop describes him to the audience. The rest of the film revolves around revealing the identity of this smiley-faced killer in a place where 'heroes don't exist'.

Eight years after Ek Villain featuring Sidharth Malhotra and Shraddha Kapoor, Mohit Suri presents its spiritual successor, Ek Villain Returns. Unlike the first film where the serial killer (Ritesh Deshmukh as Rakesh Mahadkar) had a convincing backstory for him to go on a killing spree, Suri tries to paint all his characters in grey in his latest film. The result is a bunch of half-baked roles which barely give you any chills or thrills. Sometimes, they even tiptoe towards being problematic.

The first half of the film leaves you scratching your head with multiple illogical events unfolding on screen. The suspense is as dry as a bone. Post interval, things pick up.

But then, if you are an avid watcher of murder mysteries and thrillers, you will be able to smell the twist from a mile. While some dialogues have a mass appeal, there are a few which are laughable.

Out of the lot, it's Arjun Kapoor who fares slightly better. The actor tries to portray the arrogance, angst and pain of a helpless lover, but is limited due to the superficial writing. John Abraham puts his poker face expressions to good use as his character is supposed to have a mysterious vibe. When it comes to brawn, the man does catch your eye.

After her horrendous act in Heropanti 2, Tara Sutaria puts up a decent show. Disha Patani tries to pull off a femme fatale, but ends up just filling the glam quotient.

JD Chakravarthy finds himself in yet another wasted role. Shaad Randhawa, a Mohit Suri regular, pops up in a couple of scenes, but doesn't get much to chew.

Cinematographer Vikas Sivaraman keeps his visuals sleek to add some depth to the flimsy plot. Devendera Murdeshwar does an okay job at the editing table.

In a weirdly funny scene which is supposed to be creepy, John Abraham's character Bhairav who is a cabbie quips, "Bol Rasika ab degi naa 5 stars?" Sorry to break your heart, boss! After all, like a character in the film says, "Har love story mein hero chahe koi bhi ho, villain sirf 'dil' hota hain."

You know the result when the loudest cheer is reserved for Riteish Deshmukh's teeny-weeny cameo!

We give 2 stars out of 5 to Mohit Suri's Ek Villain Returns.