In an elevator, a tense Maya (Vidya Balan) is lost in her thoughts when an elderly man standing next to her lauds her for her viral interview with a retired judge. And then, he quietly slips in that he too wanted to become a journalist but didn't because he is 'honest'.

In a grim thriller like Jalsa, director Suresh Triveni doesn't shy away from throwing wry punch lines depicting the love-hate relationship between a common man and journalism. Some hit the right note; a few don't. Nevertheless, Jalsa gives you enough reasons to celebrate and major credit for that goes to the two ladies- Vidya Balan and Shefali Shah. 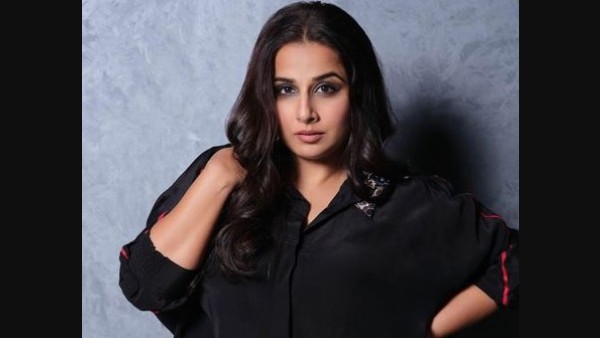 Vidya Balan Recalls How A Producer Made Her Feel Ugly; 'Couldn't Gather Courage To Look At Myself In Mirror'

What's Nay: A slow-paced first half 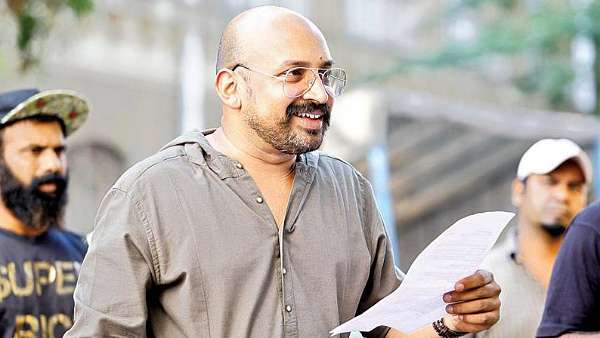 The opening credits of Jalsa sans any visuals, almost makes you feel like you are one of the passengers in a local Mumbai train. The running commentary on the speaker system, the sound of the train approaching and leaving the platform on a quiet night; it's just enough to define the 'spirit' of the city.

On a dead-silent railway station, a young girl pushes the guy accompanying her and storms out only to get knock down by a speeding car. Lying aside on the street and profusely bleeding, there isn't a single soul to rescue her. Meanwhile, a hot-shot journalist Maya Menon (Vidya Balan) grills a retired judge on her prime time show and their interview ends up getting 'viral' on social media for all the wrong reasons.

Soon, it is revealed that the injured girl is Ayesha, daughter of Ruksana (Shefali Shah) who works as a cook at the Menon household. As the scenes unfold one after the other, Maya and Ruksana's lives get entangled with each other in a strange way.

On the other hand, there's a rookie journalist Rohini (Vidhatri Bandi) in Maya's office who is keen to sniff out the truth from the disturbing hit-and-run case involving Ayesha.

After Tumhari Sulu, Suresh Triveni teams up with Vidya Balan again for Jalsa. At the heart of this investigative thriller lies emotional conflicts faced by all the characters at some point in the narrative. The best thing about Triveni's universe is that everyone is flawed in their own way. They have their moral fabrics intact, but they also go astray when they find themselves in difficult circumstances. This is one of the reasons why they appear relatable to a great extent. Also, the film has some interesting twists to catch you off guard.

However, what kills the fun in Jalsa is the fact that the director takes his own sweet time to establish the conflicts. The cards are revealed quite early in the plot and to add more to it, the slow-paced narrative takes away some of your interest.

Also, Suresh Triveni disappoints when it comes to mastering the suspense and metaphor in the climax. It just leaves you a tad unsatisfied.

Vidya Balan proves once again why she is one of the best talents in Hindi cinema. Be it exuding confidence and sassiness as the celebrated journalist or depicting a woman who loses her grip when she is forced to hide a truth, the actress nails every shade of her character. The trembling of hands, the beads of sweat and those panic attacks, Vidya delivers everything with aplomb.

Next comes Shefali Shah whose depiction of the seething rage and love is equally powerful as Vidya's. Together, these two women take Jalsa to the finishing line with minimal damage when the writing and execution stumble a bit.

Rohini Hattangadi as Vidya's mother makes an influential impact in her scenes. Vidhatri Bandi as the newbie journalist is promising. The kids, Surya Kasibhatla and Shafeen Patel are delightful in their respective roles. Director Suresh Triveni lets the women do all the talking in Jalsa. Nevertheless, both Iqbal Khan and Manav Kaul in a cameo, deliver what their scenes demand of them.

One of the highlights of Vidya Balan-Shefali Shah's Jalsa is Saurabh Goswami's slick cinematography which captures the pulse of the city in an intriguing way with his aerial shots. In a way, he plays a pivotal role in setting the tonality of the film. Shivkumar V Panicker has a tight grip on his editing scissors.

Gaurav Chatterji's background score in the opening credits and a few other places is a character in itself and adds more layers to the storytelling. Speaking about the songs, Jalsa has only one track, Shilpa Rao's 'Thehar' which plays when the end credits roll. It's good that Suresh Triveni doesn't insert unnecessary tracks in the narrative which could have diluted the thrills.

In one of the scenes in Jalsa, when a cop asks a kid accompanying his father why he skipped school that day, the latter casually quips, 'Thoda tension thha.' Such light moments come as a breather in the otherwise emotionally-charged storytelling.

Despite a few knockdowns, Vidya Balan and Shefali Shah succeed in driving Jalsa to its destination and treat us with some superlative performances on the way.

We give 3.5 stars out of 5 for Vidya Balan-Shefali Shah starrer Jalsa.