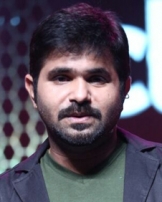 Chalaki Chanti is a Telugu actor and comedian. He became famous after doing comedy skits in Jabardasth comedy show On ETV Telugu.

He joined Radio Mirchi as an RJ and got the nickname Chanti from his show Chanti Banti. Chanti entered into Tollywood movies with the movie called Jallu but unfortunately, the movie got failed at the box office. He is now acted in more than 50 movies while Bheemili Kabaddi Jattu brought him fame.

Chalaki Chanti participating in the Telugu reality show Bigg Boss season 6. He enter the house as the 5th contestant on September 4th, 2022 hosted by King Nagarjuna.