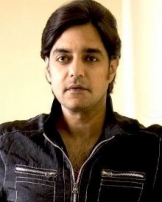 Chandrachur Singh is an Indian actor, who works for Bollywood movies.

Chandrachur Singh was born in Delhi and was a music teacher before he thought of entering films. He belongs to a very affluent family. His father is an ex-MLA from Aligarh and his mother is the daughter of the Maharaja of Bolangir in Orissa. He was educated at The Doon School, Dehradun and St. Stephens, New Delhi.

Singh made his acting debut as the lead actor in Tere Mere Sapne (1996) which was produced by Amitabh Bachchan's production company A.B.C.L. He then won the Filmfare Best Debut Award for his performance in the critically acclaimed Maachis which released later that year.

He appeared in several other films and had success with his lead role in Josh (2000) opposite Aishwarya Rai which also starred Shah Rukh Khan and supporting roles in the hit films Daag: The Fire (1999) and Kya Kehna (2000). After a few initial successes, his career hit a low.