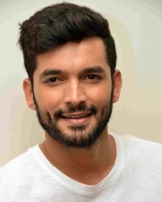 He hails from a place called Thirthahalli, in Shimoga district of Karnataka. He has a Bachelor's degree in Commerce.
Famous For
Biography
Diganth Manchale, known as Diganth, is a Kannada cinema actor and former model.

He hails from a place called Thirthahalli, in Shimoga district of Karnataka. He has a Bachelor's degree in Commerce.

He was introduced to Kannada films by the movie, Miss California, and later in the Kanglish flick, "SMS 6260", but he shot into limelight with his role in the film Mungaru Male. Later, he starred in a blockbuster movie titled Gaalipata. After the movie's success, Diganth starred in quite a few movies in the lead role. His movie Manasaare, which had him as the solo hero, went on to become a hit, and put him in the big league. It also brought him some critical appreciation.
Nun
Injury
On...
Read more
Upcoming Movies
View More
Filimography
Photos
Videos
Celeb News
Kannada Movies Box Office Collection Updates