From Mary Poppins to Frozen here are the six Disney movies that gave us women and girls we admire. Take a look!

The severe and whimsical nanny - Mary Poppins - who is also funny and witty in equal measure (although not at once apparent) entered the Disney world first. We have met her in live-action form, immortalised in 1964 by Julie Andrews and then by Emily Blunt in the 2019 remake. Mary Poppins is replete with life lessons, our favourite is - "Never explain anything". The formidable character and arguably Disney's first feminist icon tells us that you should never apologise for who you are. She is practically perfect in every way!

Many girls who are now women grew up watching Pocahontas, who was probably their first feminist icon. Released in 1995, Pocahontas was one of the first non-white, independent Disney female leads who taught us to never back down when they see injustice, and never let anybody dismiss us because of our gender. Pocahontas, who was inspired by a true life, dared to be different from her tribe and that's a lesson for any time and age.

Continuing its run of inspiring women characters Disney released Mulan in 1998. She was not the Disney princess that needed to be saved, she did the saving. In fact, Mulan is not a princess at all. She is a commoner who does try but is unable to fit into the mold that society has cast for women. She replaces her wounded father in the army and "fights like a girl", outwitting the men in her ranks. She reminds girls that it is important to find adventure above finding a prince.

4. The Princess and the Frog

Tiana, the princess in 'The Princess and the Frog', is very different from the rest of the Disney princesses, first and most visibly being that she is an African American woman. Tiana is radically different from the princesses that came before her because her dream in life is to set up her own restaurant which gets waylaid when she decides to help Naveen who is turned into a frog by an evil spell. By doing so she turns into a frog herself. She is remembered as a "hard headed heroine who displays focus and drive".

Moana is often dubbed as the most revolutionary Disney princess till date. She is Polynesian, she breaks the Disney princess appearance mold by being, frankly, normal proportioned, and it is a Disney movie in which there no princes are hanging about at all. It is just Moana and the endless ocean upon which she sets out on an adventure to save her island from ruin. The spunky and fearless 16-year-old is arguably leagues ahead of her other Disney counterparts.

Frozen, an adaptation of Hans Andersen's Snow Queen, has shaken up traditional love stories, making it all about sibling love rather than romantic love and putting a man out of the equation entirely. Elsa, everybody's favourite ice queen, is saved by her sister Anna in the first movie. The demons she battles are her own, the villain is herself doubt that she overcomes with the help of sister Anna who loves her and believes in her "more than anyone and anything else in the world". In the sequel, set to release this month, both sisters set out on an adventure to uncover mysteries of their past, becoming a princess pair that simply hits it out of the park. 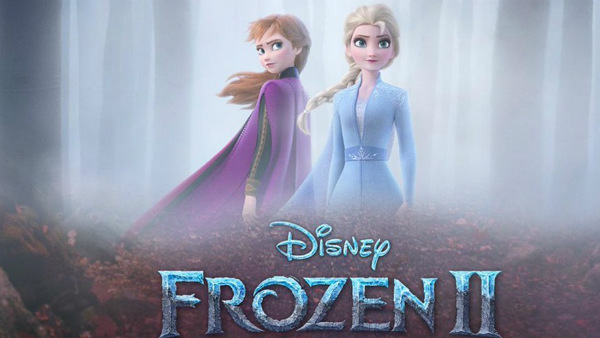 Also Read: Frozen 2: Change And Renewal Is The Underlying Theme Of The Sequel