Is 'Frozen' a fairytale or mythology? The makers of the Disney film 'Frozen' realised that unknowingly they had both a fairytale and mythology running together in the first film. What's the difference? You will be informed when you study the two lead characters - sisters Anna and Elsa. Here Anna, undoubtedly, is a fairytale character. She is the ever-optimist.

Director and writer Jennifer Lee says about Anna and Elsa: "These characters are only human, they are not magical, but often enter into the dangers of a magical world. They go into the belly of the beast, suffering hardship and loss with great struggles, yet rise triumphant."

Elsa, on the other hand, brings the slightly darker undertone to the film with her mythic character. Lee says, "Mythic characters are magical but it's not aspirational, it's about the hard answers and truths that we face. There can be a tragic aspect, too, so in that way, they teach us about ourselves."

Elsa, at first burdened, comes to terms with and finally owns her magical powers but now they will be tested to the limit. She works hard to be a good Queen and must embark on this uncharted journey to quell the threat she senses exists to her kingdom. Anna, who is her knight in shining armour, promises to be by her sister always and to never let her face anything alone.

Although Anna has her happily-ever-after, she must follow her beloved elder sister "who carries the weight of the world on her shoulders and does things the rest of us can't", according to Lee.

Mythic characters also suffer a tragic fate, and that may have been true of Elsa, but for Anna in the first film. In the sequel too, we can see Anna sticking close to Elsa to protect her from harm, risking her own life in the way. 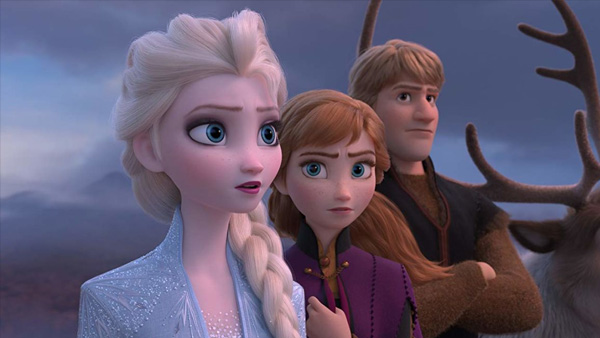