American actor and singer Chris Trousdale passed away at the age of 34. Chris was a member of the popular boy band Dream Street. The news was shared by his manager Amanda Stephan. However, the official statement does not mention the reason for his passing.

Amanda Stephan put out a statement which reads, "It is with a heavy heart that we confirm the passing of Chris Trousdale on June 2, 2020 from an undisclosed illness. He was a light to so many and will be missed dearly by his family, friends and fans all over the world. Although it felt like he belonged to us all, the family is requesting that you respect their privacy at this time of grieving. Should you wish to make a donation in his honour, please give to ASPCA."

A report in Daily Mail claimed that Chris Trousdale succumbed to Coronavirus after contracting the virus from a relative. On the other hand, Variety reported that Chris's former bandmate Jesse McCartney said he died of complications from the Coronavirus.

McCartney also dedicated a post on his Instagram profile for Chris and recalled him as an incredible dancer. He wrote, "Chris, in my opinion, was the most popular among us, who had a way of drawing every eye to what he was doing on stage. As an incredibly trained dancer, he would pick up an entire dance number in a matter of minutes; something that would take the rest of us days."

Jesse Said He Envied Chris As A Performer

He also revealed that he would often reflect on their time together and will never forget his smile, "I truly envied him as a performer. We were a part of something people never get to experience in an entire lifetime at the tender ages of 12 and 14. Although we were a band for only 3 years, at that age, it felt like a lifetime and we built a real brotherhood. In later years, we would grow apart as our lives would take different turns, but I would often reflect on our early days together and think about how exciting it all was. My deepest sympathies go out to his mother whom I know cherished him dearly. RIP Chris. I'll never forget your smile."

Trousdale began his acting career on the stage at the age of 8. He was seen touring with Ashley Tisdale for Les Miserables and later for a Broadway production with Lea Michele. After the band Dream Street parted ways, Chris continued to appear in television shows like Shake It Up and Austin & Ally. 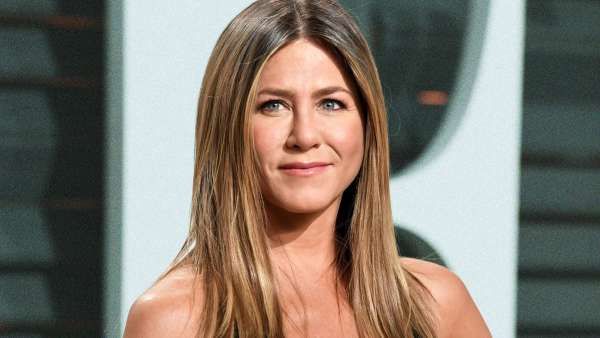 Jennifer Aniston's Nude Portrait Is Being Auctioned For COVID-19 Relief