The Hollywood actor, Gerard Butler has always spoken fondly of India and India culture. He was recently spotted in Karnataka, India for a service held by Dalai Lama. Pictures and photos of his along with pilgrims at the event in Murngod, Karnataka have been shared on social media by several fan clubs.

Gerard, who is reportedly from Paisley, said to have also joined Buddhist monks and dignitaries as they listened to the Tibetan spiritual leader at the service. He today shared several Instagram stories from his holiday in Indian, while in most he can't be seen, they are clips taken by the actor himself. Here are some pictures shared by the actor and fan clubs from the vacation.

The Sottish Sun reported Butler is regularly seen meditating on Malibu beach, California and is often seen taking yoga classes. He also believes in disconnecting from the world and enjoying nature.

After London Has Fallen, Gerard last bagged The Plane. The action-thriller is reportedly about a pilot who lands a commercial plane in war zone. He is also part of the production team of the project and will star as the lead.

Best known for films like The Ugly Truth, The Proposal, PS I Love You and 300, Butler has shown interest in Indian films. He had revealed to have auditioned for Aamir Khan's Lagaan but never got the part. Several other projects lined up for releases are, Naya Legend of the Golden Dolphin, Greenland, All-Star Weekend, Den of Thieves 2: Pantera, and Afterburn. 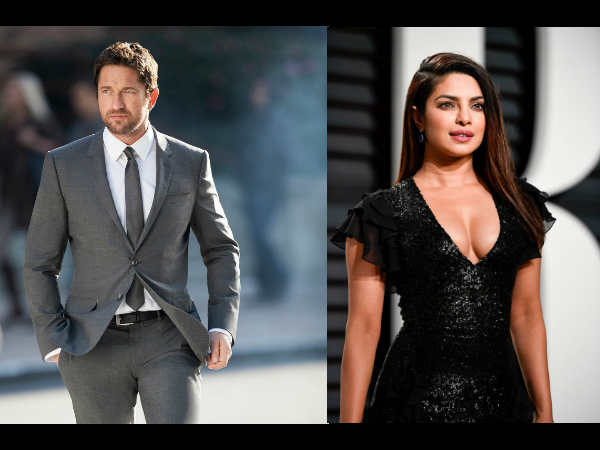 Before Nick Jonas, Gerard Butler Was Besotted With Priyanka Chopra, Had Proposed Marriage To Her!