In the court, on Tuesday jurors presented naked photos of Harvey Weinstein, without an explanation as to why and how many. A photographer hired by the Manhattan District Attorney's office testified of taking the pictures back in 2018.

Weinstein's lawyer, Donna Rotunno, in a statement claimed that the photos were introduced for "no other reason than to shame Mr Weinstein."

Jessica Mann, who accused of Weinstein raping her, testified on Friday about Weinstein's physical appearance, she said, when she first saw him, he had no testicles and appeared to be "deformed" or "intersex."

Mann testimony has been attacked based on their complex on and off relationship, and it is suspected the pictures were shared to corroborate her testimony about Weinstein's physical appearance.

Other than Jessica Mann and another woman, Mimi Haleyi has accused him of assault, to which Harvey Weinstein has pleaded not guilty. If charged he will be given a sentence life in prison for predatory sexual assault.

Since 2017, more than 80 women have accused Weinstein of sexual misconduct. It also began the #MeToo movement as more victims came forward with allegations against predatory men in business and politics. 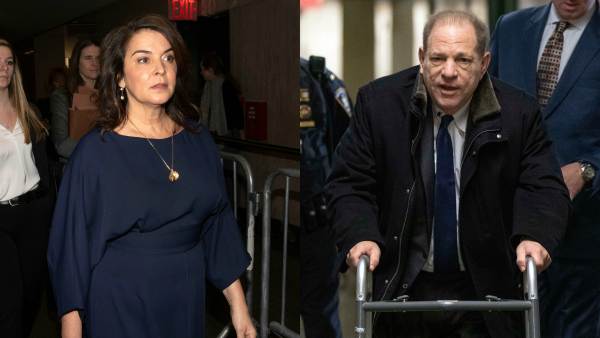