The Academy of Motion Picture Arts and Sciences, is set to announce the Oscars 2020 nominations on coming Monday. After months of speculations, the list of the possible winner will be out for all major categories. The Oscar 2020 nominations will be announced and can be watched live on their social media platform, Twitter, Facebook and Youtube.

Some of the big names that are bound to repeat in the Oscars nominations are, Martin Scorsese's The Irishman, Bong Joon Ho's Parasite, and Quentin Tarantino's Once Upon a Time in Hollywood, Todd Phillips' Joker, Sam Mendes' 1917, and Noah Baumbach's Marriage Story. Not all of these have received big-screen releases worldwide yet, and are still one of the most talked-about films of 2019.

Here are the nominations for all 24 categories,

Once Upon a Time in Hollywood (Quentin Tarantino)

Some of the films from the list have released received appreciation during the Golden Globes Awards recently. 1971 directed by Sam Mendes won the best motion picture award.

Quentin Tarantino (Once Upon a Time in Hollywood)

Leonardo DiCaprio (Once Upon a Time in Hollywood)

Brad Pitt (Once Upon a Time in Hollywood)

Tom Hanks (A Beautiful Day in the Neighborhood)

Releases like Little Women, Bombshell, Jojo Rabbit came out towards the end of the year and still have been made a big impact on the film industry with unusual daring stories and amazing performances. Hustlers has been a surprise on the list, but Constance Wu and Jennifer Lopez's chemistry in the film, showed how a new way women can be portrayed on screen together.

The other category nominations are Best Original Screenplay, has Noah Baumbach for Marriage Story, Bong Joon Ho & Han Jin-won for Parasite. Ither works included are Knives Out, 1917 and Once Upon a Time in Hollywood.

2019 saw some of the best releases from Disney, animated or otherwise, here are the predicted nominations for, Best Animated Film, Frozen 2, How to Train Your Dragon: The Hidden World, I Lost My Body, Missing Link and Toy Story 4.

Best International Film will defiantly see Parasite, Pain and Glory and Les Miserables. It will be hard to pick a winner, but some also worth mentioning releases were, Atlantics and Beanpole.

Best Documentary released in cinemas or on digital space includes American Factory, Apollo 11, The Cave, For Sama, One Child Nation.

Films like The Lighhouse, 1917, Ford v Ferrari, Once Upon A Time In Hollywood, and The Irishman all had once of the best feels of 2019. Ironically they were all based in the older times, and will probably be the nominations for Best Cinematography. While Best Editing also includes, Parasite and The Irishman apart from the previous films.

Plenty Musicals became part of the big-screen experience in 2019 and it also received quite the praise, after La La Land's success in the earlier years. Best Original Song, nominations predictions include, (I'm Gonna) Love Me Again, Into the Unknown, Stan Up, Spirit and Wild Rose from Rocketman, Frozen 2, Harriet, The Lion King and Glasgow.

Sound Editing, Sound Mixing and Best Visual Effects Nominations are, 1917, Avengers: Endgame, Ford v Ferrari, Rocketman, Star Wars: The Rise of Skywalker, it may also include, The Lion King and Once Upon A Time In Hollywood.

The Oscar 2020 will air on February 9, 2020, on ABC. This year will be the second consecutive year the 92nd Academy Awards will air hostless. 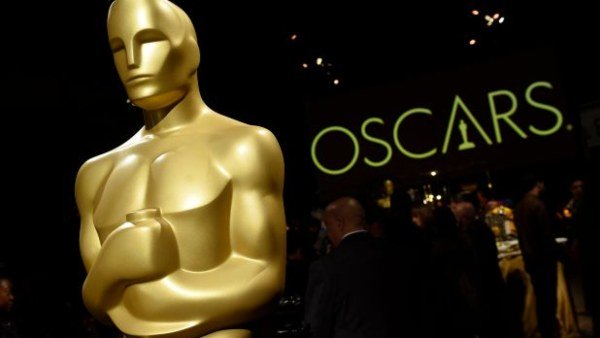