Hollywood actor Ryan Reynolds took to his Instagram handle and celebrated his first vote in the US. The Canadian actor confessed in the post that he was nervous about voting for the first time, but his wife Blake Lively helped him through it. Reynolds reportedly became an American citizen in 2018. The duo have three children- Inez (4), James (2), Betty (1).

The actor shared a picture with Blake on his Instagram page and wrote, "This is my first time voting in America. Id like to thank my wife Blake for making my first time so gentle and loving. It was super scary at first, then exciting and now Im a little tired. But proud. #VoteEarly," Reynolds wrote alongside a picture of him and Lively with their election ballots.

The Deadpool star can be seen wearing a button-down shirt with sleeves rolled up and trousers, while Lively wore a plaid coat with a turtleneck and peat trousers. Fans quickly noticed that the actress tiptoed without her heels on, to match the actor's height in the picture.

Ryan Became An American Citizen In 2018

The actress also shared the same picture on her Instagram with one difference. Blake drew a pair of brown heels on her bare feet. "It was Ryan`s first time. He was understandably scared. It all happened so fast. Like, really fast. He wept. I pretended to weep. Then he called all his friends. Can you tell I was so happy to get outta a onesie and vote. Sure it was an absentee drop off the ballot with a mask covering my look. But dammit I exercised my right to vote. And to not wear shoes that ruined my outfit," she wrote.

Blake also revealed on Instagram that Ryan celebrated his birthday by cutting a pie. Sharing a picture of the same, she wrote, "1) Who is the lost soul that selects birthday PIE. 2) What ANIMAL eats their cake (pie) without first blowing out the candles. @vancityreynolds that's who. Happy Birthday. I honestly can't believe we're still married." Ryan turned 44 on October 23, 2020. 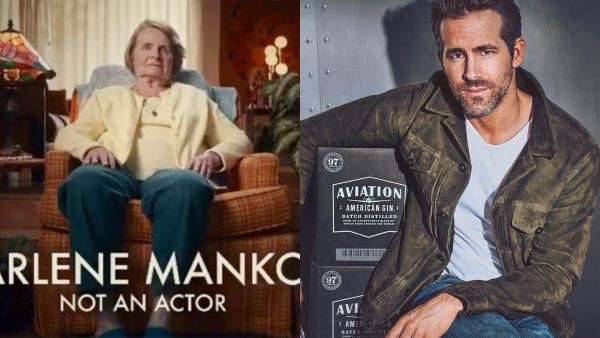