Annabella Sciorra on Thursday shared with the court the accounts of Harvey Weinstein's sexual assault on her from 1993. The Sopranos actress said, it felt like have a seizure as she couldn't understand what was happening. Until then, to her rape meant something that could happen in dark places and back alleyways by someone you didn't know.

Sciorra's testimony is too old to be included in the charge sheet but it was set to support the prosecution's case, stating that Weinstein was a sexual predator. While Harvey has plead not guilty for the chargers of sexually assaulting former production assistant Mimi Haleyi and raping actress Jessica Mann.

If proved guilty the charge of sexual predator carries possible life imprisonment for which the prosecution has to prove he sexually assaulted at least two people. Annabella who was questioned by lead prosecutor Joan Illuzzi-Orbon, said, "It was just so disgusting that my body started to shake in a way that was very unusual. I didn't really even know what was happening."

She enacted how Weinstein held her down and assaulted her, "He got on top of me and he raped me," He back in 1993 almost weight thrice the weight of Annabella Sciorra, according to reports.

"I didn't have very much fight left inside me at this point. My body just shut down," she later shared that the event had left her traumatised, she had started drinking heavily and began cutting herself.

Annabella when asked why she didn't report the alleged incident to police, claimed she was in fear of her life. She added, "I would say I felt at the time that rape was something that happened in a back alleyway in a dark place by somebody you didn't know,"

Harvey Weinstein's accusers first came forward when the first Me Too wave hit the industry. Including Angelina Jolie, more than 80 women have accused the former producer of sexual misconduct. 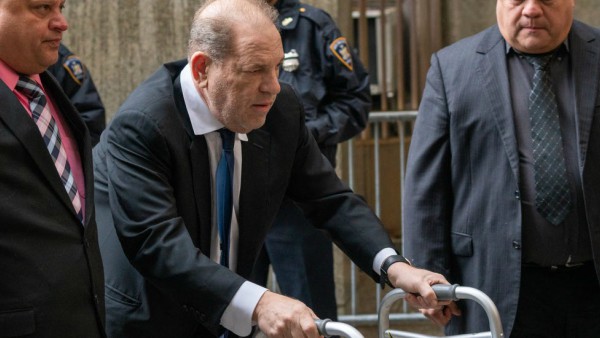 ALSO READ: Grammy Awards 2020: Everything You Need To Know, Performers, Presenters And How To Watch