78th Golden Globes was a unique star-studded event filled with emotional speeches. Hosts Tina Fey and Amy Poehler brought in the regular dose of comic relief but kept it real. Tina and Amy joined from LA and New York along with a live audience of firstline workers and the presenters.

The awards show also took nominees by surprise with unexpected wins and gave rise some of the best moments of the ceremony. Here's a look at all the memorable moments of the 78th Golden Globes ceremony.

HFPA's alleged corruption and racism had been in the forefront the past few weeks, but Tina Fey & Amy Poehler addressed the same with much class and style. The two called for chang while still joking about unable to tell the difference between a film and a tv show, as the theatres were shut and all content was accessed on phones and home screens.

Daniel Kaluuya who received the award for Best Supporting Actor, fell pray to technical difficulties and begun his acceptance speech while on mute. However, he managed to get the microphone on and delivered a speech honouring his portrayal of Black Panther leader Fred Hampton, and said that he hopes the winning film Judas And The Black Messiah will help people "grow and learn about how incredibly he (Hampton) lived."

Daniel Kaluuya wins the award for Best Performance by an Actor in a Supporting Role in Any Motion Picture at the #GoldenGlobes! pic.twitter.com/hrZDCk3uwR

Writer-Director Lee Isaac Chung who won Best Feature Film In Foreign Film category for Minari gave one of the best acceptance speeches of the night. On his name being announced, Lee's daughter hugged him tight and yelled out, "I prayed, I prayed". She stayed close to him until the end with her arms around him, while Lee thanked family, cast and crew for the big win.

Chadwick Boseman, who passed away in 2020 was honoured for his performance in Ma Rainey's Black Bottom. Chadwick's wife Taylor accepted the award on his behalf with an emotional speech. She said, "He would say something beautiful, something inspiring, something that would amplify that little voice inside of all of us that tells you, 'You can'."

Earlier, during another segment, where kids react to Golden Globes Nominees, Chadwick Boseman was instantly recognised by kids as 'Black Panther'.

Mark Ruffalo who was not expecting a win, gave a flustered speech with his wife beside him. What made the winning moment even more adorable, was his kids joining in to give their father an excited hug as he thanked the other nominees for their incredible work. He added, "I thank my family who lets me go off and bring these crazy people home and they have to live with all these years. Thank you, guys. I want to thank the crew and craftspeople, who really carried us through this."

.@MarkRuffalo wins for Best Actor in a Limited Series, Anthology Series/Motion Picture Made for Television at the #GoldenGlobes! pic.twitter.com/6kPJRCNHsf

Other incredible moments from 78th Golden Globes include Norman Lear winning the Carol Burnett Award, Jane Fonda's acceptance speech calling for the need for inclusivity, and Don Cheadle telling Jason Sudeikis to wrap up his acceptance speech, which went on for about a minute and a half.

Some of the biggest wins of the Golden Globes 2021 included Minari, Nomadland, The Crown, Shitt's Creek and The Queen's Gambit. 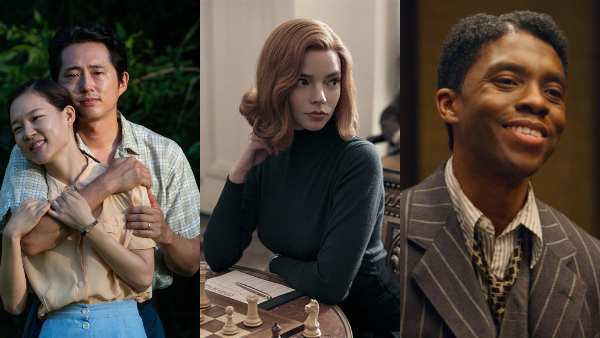 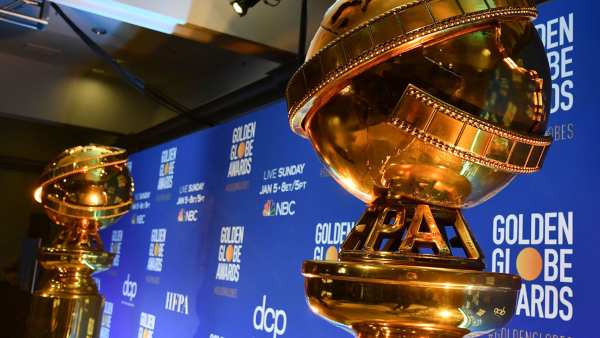 ALSO READ: 78th Golden Globe Awards 2021 Ceremony Live: Where And When To Watch The First Awards Of The Season!