It's almost time for all those famous Kardashians to shuffle off to Hulu and new projects as their 20-season reality TV mainstay comes to an end. But before they do, here's a journey back through the tears, tantrums and togetherness that propelled the “Keeping Up with the Kardashians” clan to superstardom: THE MEN &; THE MARRIAGES With five sisters and a brother, along with the Kris and Caitlyn drama, the years have taken us through many a man, a woman or two, and a myriad of love tangles. And the action started at the get-go.

The very first episode references the sex tape with Brandy brother Ray J that launched the show and their mega-careers. Before that, there was Kim's first husband, music producer Damon Thomas, followed by a 72-day marriage to second husband, basketball player Kris Humphries, and a third trip to the altar with Kanye West. All three unions ended in divorce. Kim's divorce from Humphries dragged on far longer than the marriage, threatening to keep her legally tethered to Humphries at the birth of her first child, with West. That didn't happen. North West was born two months after mom's second divorce was finalized in 2013. And that's just one sister!

There's Kourtney's on-again, off-again relationship and three kids with Scott Disick, who makes his first appearance in Kardashian TV land on Episode One. The two never married amid his alcohol and drug abuse scandals, but they co-parent and he's a die-hard on the series. Disick has become a fan favorite to some as the K family has embraced him as one of their own. Sister Khloe married basketballer Lamar Odom in 2009 and filed for divorce in 2013, but she withdrew the papers after Odom suffered a drug overdose and went into a coma for several days. He was found slumped on the floor of a Nevada brothel. The divorce was finalized in late 2016.

Khloe never married the father of her child — another basketball player, Tristan Thompson. He cheated on her while she was pregnant — and again with her younger half-sister Kylie Jenner's best friend, Jordyn Woods. But Khloe and Tristan are now more than a little friendly and co-parenting 3-year-old True, even quarantining together during the pandemic. Are you keeping up? Let's not forget Kylie's relationship with rapper Travis Scott. They never married but also have a child together. And there was Kylie's romance with Tyga, who just happens to have a child with Blac Chyna, who just happens to have a child with Kardashian bro Rob. 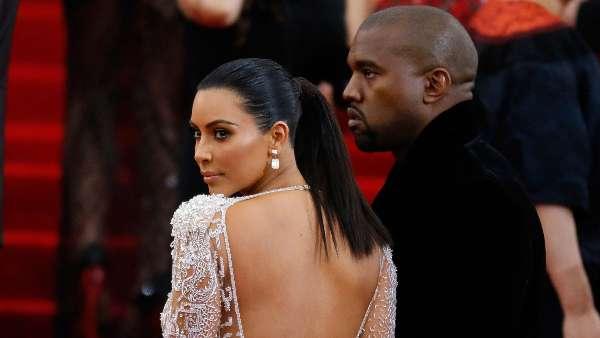 She's the parent with Kris of Kylie and Kendall. Kris filed for divorce before Caitlyn became Caitlyn. Caitlyn publicly came out as transgender in a Diane Sawyer interview in April 2015. NAME THOSE CHILDREN The Kardashian-Jenner clan has oh so many kids, and they're creative name-pickers. Caitlyn has six children with three successive wives, including Kylie and Kendall with Kris. Kris had four children with her first husband, the late O.J. Simpson attorney Robert Kardashian before she divorced him, too: Kourtney, Kim, Khloe and Rob. Kim had three kids following North: Saint, Chicago and Psalm. Oldest sister Kourtney has her three with Scott: Mason, Penelope and Reign. There's also Khloe's True, Kylie's Stormi and Rob's Dream.

Some of the Kardashians brought viewers along while giving birth, and we've been treated over the years to home movies showing Kris bringing children into the world. A 12-year-old Kendall watched herself being born. Recently, during the final season, 11-year-old Mason watched his mom pull him into the world herself. SPIN-OFFS OF SPIN-OFFS They're in LA. They're in Miami. They're in New York.

No, wait, the Hamptons. Part of keeping up has been chasing all the spin-offs. Is there a record number? It depends on how spin-off, franchise and canon are defined.But it certainly is a lot in the reality TV genre, and several had various sisters “taking” various cities. In all, there were 11 spin-offs on TV — many short-lived. Like the show, they were driven by Ryan Seacrest Productions and the E! network. The first was “Kourtney &; Khloe Take Miami” in 2009. It morphed into Kourtney & Kim Take Miami after Khloe spun herself back into real life to do other work. There was a plethora of bikinis and big boats as the ladies sought to broaden the reach of their boutique Dash with new locations.

True fans, especially Scott watchers, will remember the 2013 web series Lord Disick: Lifestyles of a Lord that was shown weekly in the third season of all that Miami taking. Scott bought himself the royal title in 2012 while on a trip to London and showed off his high-life trappings like fleets of fancy cars while offering tips on how we, too, can live like lords.

In 2011, Khloe &; Lamar began as the two tried to figure out married life. And there were three seasons of the fitness fest “Revenge Body with Khloe Kardashian” after the marriage didn't work out. Khloe also had a short-lived talk show, “Kocktails with Khloe.” Kris briefly had an eponymous talk show in 2013, culminating in an appearance by Kanye West and his reveal of the first photos of North.

The Fox network did not offer her a second season. After Caitlyn came out, she got her own show: I Am Cait. It was a serious dive into her transition and whether she was up to being a role model as new friends educated her on issues facing the trans community. It was canceled after two seasons amid low ratings. ROBBERY, NUDITY &; MORE MOMENTS Perhaps the scariest of all developments was Kim's 2016 armed robbery in a luxury Paris flat during fashion week.

Season 13 of the series took on the case and the emotional aftermath. She has openly discussed her terror at being tied up at gunpoint and robbed of her jewels. Kim said she thought she was going to die.

Among their far happier moments: All those over-the-top birthday bashes, lavish weddings and baby showers, let alone the weddings themselves. Two of Kim's weddings were on air and in the news. Khloe's 2009 wedding with Odom a month after they met was featured on Season 4. After the Khloe-Lamar nuptials, the two bought a dream house while Kim was still in a condo. Just sayin'.

Mansion is now Kim's middle name. The sisters are also fond of posing for photos sans clothing, though Kim wasn't always comfortable with the idea. Soon after turning that sex tape into gold, an up-and-coming Kim had a Playboy magazine moment, appearing on the cover of the December 2007 celebrity issue. After an initial photo shoot, Playboy's Hugh Hefner came back for more. 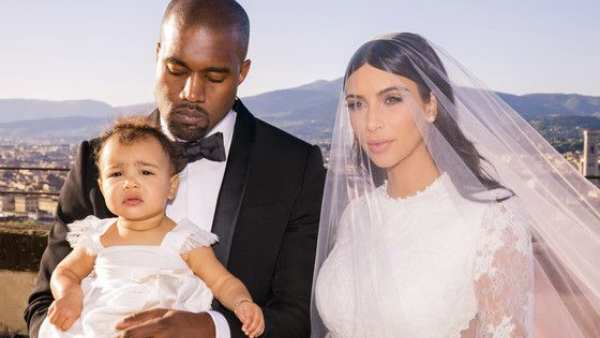 “Does she have to take her clothes off,” Kris asks Hef in the show's first season. “Oh yes,” he responds. They compromised: Kim posed naked, strategically draped in long strands of pearls. Kylie also landed on the cover of Playboy, in 2019 wearing nothing more than a cowboy hat with a shirtless Travis in jeans. And then there's Kendall.

The supermodel — along with an entire world of other celebrities — has taken her share of nudes and has weathered a few scandals of her own, though her love life has been on the down-low in comparison to her siblings. There was her ill-fated Pepsi commercial in 2017, when she hands a frontline lawman a can of soda during a protest.

The imagery was bashed as stolen from the Black Lives Matter movement. It was pulled and Kendall sobbed an apology on air. Kylie and Kendall were accused of exploitation the same year for superimposing their faces onto images of Tupac, Notorious B.I.G. and a host of other music icons for a line of USD 125 T-shirts. They pulled the merch. Fans need not worry. The series is ending, but this famous family isn't going anywhere.