Brian Cox best known for his character Logan Roy in Succession, recently opened up about fellow Hollywood celebrities in his new autobiography, Putting the Rabbit in the Hat. Some of the biggest actors he mentioned in the book include Ed Norton, Johnny Depp, Quentin Tarantino and more.

Talking about Ed Norton, with whom Cox co-starred in Spike Lee's 25th Hour, he said, "He's a nice lad but a bit of a pain in the arse because he fancies himself as a writer-director." Cox called Michael Caine a legend but added, "I wouldn't describe Michael as my favourite, but he's Michael Caine. An institution. And being an institution will always beat having range."

Recalling turning down the role of the Governor in Pirates of the Caribbean, Cox said he doesn't regret missing out on the Johnny Depp starrer series. "Personable though I'm sure he is, is so overblown, so overrated. I mean, Edward Scissorhands. Let's face it, if you come on with hands like that and pale, scarred-face make-up, you don't have to do anything. And he didn't. And subsequently, he's done even less," he added.

Meanwhile, Cox, who hasn't worked with filmmaker Quentin Tarantino saidhe does not want to either. He added, "I find his work meretricious. It's all surface. Plot mechanics in place of depth. Style where there should be substance. I walked out of Pulp Fiction...That said, if the phone rang, I'd do it."

Cox who has encountered a young David Bowie during Thames TV series redcap, he called him as a, "A skinny kid, and not a particularly good actor. He made a better pop star, that much is for certain." 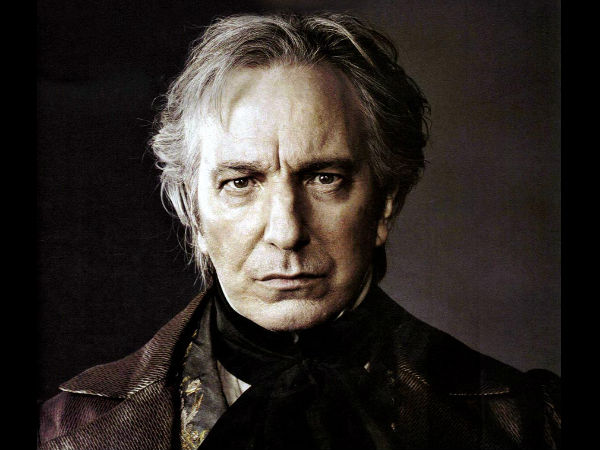 The Harry Potter Actor, Alan Rickman Dies At 69 :Lost HIs Battle To Cancer

Taking about Alan Rickman, who played Snape in Harry Potter series, Cox added, "was one of the sweetest, kindest, nicest and most incredibly smart men I've ever met. Prior to acting he'd been a graphic designer and he brought the considered, laser-like precision of that profession to his work."

Other names mentioned in the book include Gary Oldman, Daniel Day-Lewis, John Hurt and Michael Gambon.