Nearly four years after he was accused of sexually inappropriate behaviour, actor-writer James Franco has broken his silence admitting to the claims he denied initially, saying it was "wrong" to sleep with the students.

The Oscar nominee, known for films like Sam Raimi's "Spider-Man" series, "Pineapple Express" and "The Interview", also revealed he has struggled with sex addiction for years after becoming sober from alcohol at a young age. "Over the course of my teaching, I did sleep with students, and that was wrong," Franco told Jess Cagle on his SiriusXM podcast this week.

The 43-year-old actor also said there were times where he was convinced that it was ok to be in a "consensual" relationship with a student. "But like I said, it's not why I started the school and I wasn't the person that selected the people to be in the class. So it wasn't a 'master plan' on my part. But yes, there were certain instances where, you know what, I was in a consensual thing with a student and I shouldn't have been," he said.

"At the time I was not clearheaded, as I've said. So I guess it just comes down to my criteria was like, 'If this is consensual, like, I think it's cool. We're all adults so…'," he added. Franco further described his sex addiction, for which he is undergoing treatment, as a "powerful drug". Before his current girlfriend, Izabel Pakzad, the actor said he "cheated on everyone".

"I got hooked on it for 20 more years. The insidious part of that is that I stayed sober from alcohol all that time. And I went to meetings all that time. I even tried to sponsor other people. So in my head, it was like, 'Oh, I'm sober. I'm living a spiritual life.' Where on the side, I'm acting out now in all these other ways, and I couldn't see it," he explained.

Allegations of sexual misconduct were made against Franco in 2018, when several students at his former acting school accused him of intimidating them into sexual situations. According to Variety, the claims led to a lawsuit, which Franco settled for USD 2,235,000 in June 2021. His acting school Playhouse West Studio 4, which opened in 2014, closed permanently in 2017.

"I let a lot of people down. I let my students down... I hosted the Oscars. I let them down. I let my co-workers down on my movies," Franco told Cagle. He also addressed his split with longtime friend and collaborator Seth Rogen, who severed ties with the actor back in May, adding that he had no plans to work with Franco again. 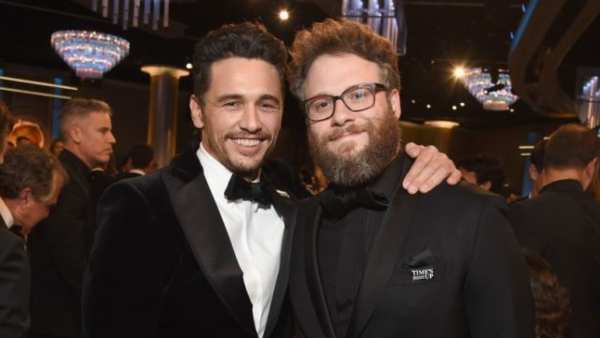 "I just want to say, I absolutely love Seth Rogen. I love Seth Rogen. I worked with him for 20 years and we didn't have one fight. For 20 years, not one fight. He was my absolute closest work friend, collaborator. We just gelled… What he said is true. We aren't working together right now and we don't have any plans to work together," he said.

Franco and Rogen have collaborated on a string of films like "This Is The End", "Pineapple Express", "The Interview" and "Sausage Party".