Met Gala 2021 saw many surprising outfits, however, one of the most shocking outfits of the night was Kim Kardashian's all-black ensemble designed by Demna Gvasalia. Met Gala attended by nearly 400 actors, poets, performers and athletes welcomed different interpretations of its theme In America: A Lexicon Of Fashion on September 13, 2021.

The beauty mogul and reality star walked the Met steps in New York City covered from head to toe in black fabric paired with a matching mask and train, with only her long ponytail hung behind her head. She walked the red carpet with Balenciaga designer Demna Gvasalia who was also sporting a similar ensemble.

The mask not only covered her mouth but her entire face, mouth, eyes and head. The only visible element was her hair styled in a high ponytail. Kim has finally opened up about her choice of ensemble for the night. Taking to her Instagram account she shared the reasoning behind her interpretation of the theme. 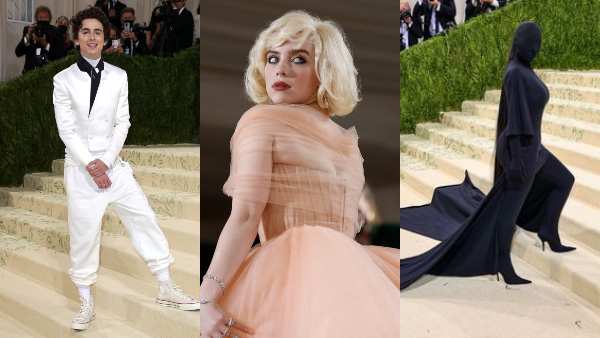 In the post, Kim shared a bunch of videos and images that tracing her journey from the dressing room to the red carpet, Kim Kardashian said that the inspiration for her outfit was a T-shirt look. In the caption, she wrote, "What's more American than a T-shirt head to toe?"

Earlier this month, Kim was seen wearing a similar bodysuit in silver by the same brand to her estranged husband Kanye West's Donda event. The reality TV star and Kanye filed for divorce in February 2021. The court documents revealed the two decided to part ways due to 'irreconcilable differences'. However, post the divorce filing the two have been supportive of each other's professional as well as personal decisions. 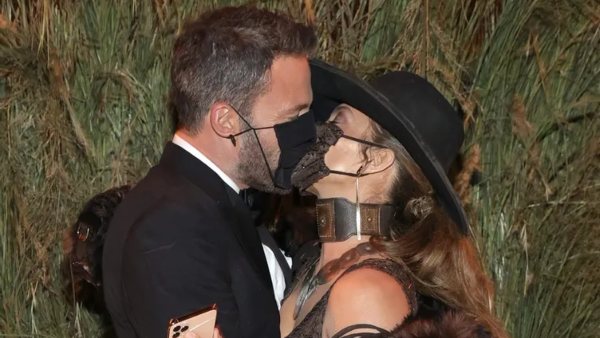 Kim and Kanye share four kids, two daughters North (8), and Chicago (3), and two sons Saint (5), and Psalm (2). The duo has decided to co-parent the kids together with an united front.