Daniel Craig's No Time To Die has finally released on September 30 in India and is also set to release in several major markets including Korea, UK, Brazil, Germany, Italy, Japan, Mexico and Spain through Friday, October 1.

Meanwhile, the film has been receiving positive reviews from fans and critics alike. The early reviews in the US and UK have been praising the film for giving a good send off to Daniel Craig's James Bond. Variety's Owen Gleiberman said, "No Time to Die is a terrific movie: an up-to-the-minute, down-to-the-wire James Bond thriller with a satisfying neo-classical edge."

CNN's Brian Lowry noted, "No Time to Die feels as if it's working too hard to provide Craig a sendoff worthy of all the hype associated with it - an excess that might be summed up as simply, finally, by taking too much time to reach the finish."

The film over the next couple of weeks will release in over 50 overseas market include US, Canada. The films's release date in China is set for October 29 and November 11 for Australia. No Time To Die, also marks Universal handling offshore distribution for the first time. The studio is all set to distribute the film in newer markets like Scandinavia, the Middle East and some of Eastern Europe.

IN PICS: No Time To Die London Premiere Attended By The Royals

The 25th Bond film is expected to pull in young as well as older audience to the theatres with ticket sales stacking up to $90 million in the coming days. According to Odeon cinema chain reported Monday that more than 175,000 tickets have been pre-sold in the UK. With more markets reopening theatres at 100% capacity the sales is expected to pick up.

Reportedly, the exhibitor estimates have tracked a 10% rise puting Bond in line for the biggest opening at its cinemas since summer of that pre-pandemic year. Notably, other Bond films starring Daniel garnered $123.5M for 2015 release Sepcter, $109.2M for 2012's Skyfall. However, the recent action entertainer Fast & Furious 9 due to the pandemic managed to earn $69.5M at the box office.

The film clocking at 2 hours and 40 minutes, follows Bond as he has left active service and is enjoying a tranquil life in Jamaica. However, his peace is short-lived when his old CIA friend Felix Leiter (Jeffrey Wright) turns up asking for help. The film's official synopsis added, "The mission to rescue a kidnapped scientist turns out to be far more treacherous than expected, leading Bond onto the trail of a mysterious villain armed with dangerous new technology." 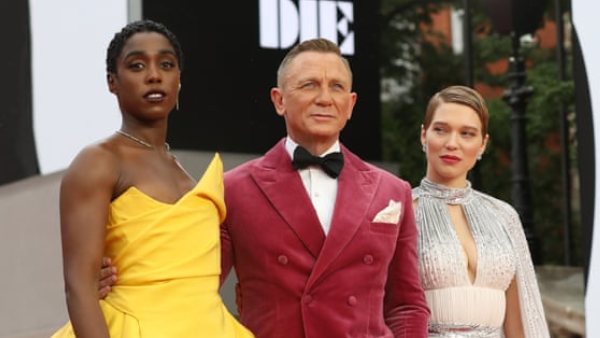