A documentary feature on Mahatma Gandhi, a documentary on the Sikh tradition of 'Seva' and a movie that explores the state of mind of a married woman during the COVID19 lockdown are among the films that won top honours at the 2021 New York Indian Film Festival (NYIFF).

The NYIFF awards were presented during a virtual ceremony Sunday. Other winners at the festival were "Nasir", directed by Arun Karthick, which won the award for best film; Akshata Pandavapura was named best actress for "Where Is Pinky?", the best actor award went to Siddharth Menon for "June" and the best director award to Ajitpal Singh for "Fire In the Mountains".

"Ahimsa Gandhi: The Power of the Powerless", directed by Ramesh Sharma, was awarded the best documentary feature. As the world commemorated the 150th birth anniversary of Gandhi in 2019, Sharma was inspired to revisit the iconic leader's life and philosophy. Shot in India, South Africa, the U.S. and Europe, Ahimsa tracks the influence of Gandhi’s non-violence approach on world leaders including Martin Luther King Jr., late Congressman John Lewis, former South African President Nelson Mandela and the Dalai Lama. International musicians U2 and AR Rahman contributed to the title track of the documentary. Rippin Sindher-directed "Seva" won the best documentary short.

It highlights the idea of service, which is an important element of the Sikh religion, and underscores it against the backdrop of rising hate crimes against people of the Sikh community in the US, including the 2012 Oak Creek Gurudwara mass shooting.

Acclaimed actress Swastika Mukherjee-starrer "Tasher Ghawr", directed by Sudipto Roy, was honoured with the best short narrative award. The film explores the state of mind of a married woman, Sujata, played brilliantly by Mukherjee, during the coronavirus lockdown. "Where Is Pinky?" also received the award for best screenplay, with script by Prithvi Konanur, and the best child actor award went to Karan Dave for "Habaddi". 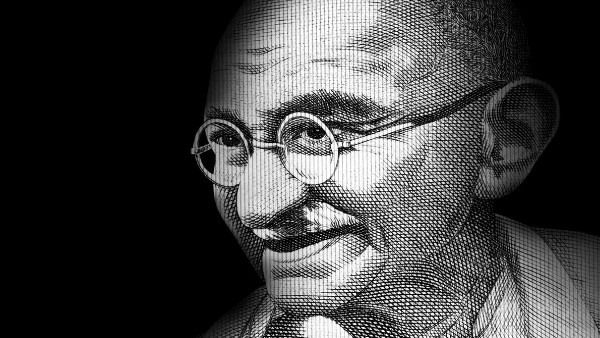 Documentaries On Mahatma Gandhi, Satyajit Ray Among 58 Films To Be Screened At NYIFF

The film festival, presented by the Indo-American Arts Council (IAAC), ran from June 4 - June 13 virtually, the second year in a row that the oldest and prestigious film festival that features cinema from India and diaspora has gone online due to the pandemic.

IAAC Chairman Dr Nirmal Mattoo said this year’s festival was “special” as Congressman Andrew Garbarino, representing New York's 2nd Congressional District, presented a Congressional certificate to the organisation. In a virtual message, Garbarino commended the IAAC for its work as a “valued resource centre for art, artists and art organisations that are immersed in the Indian culture.”

He presented the Congressional certificate to the council recognising the "positive contributions” made by it “not only to the communities in the state of New York, but all across United States of America.” Speaking at the virtual award ceremony, NYIFF Festival Director Aseem Chhabra said while the best way to enjoy films was in theatres with the audience, along with live interactions, the virtual festival is next best option in the current times. Through the virtual platform, the NYIFF has been able to reach to a much larger audience in the US as well as in several other countries including India, Chhabra said.

“We have shared with you the best of Indian cinema" in 15 languages, including Hindi, Urdu, Malayalam, Tamil, Telugu, Marathi, Assamese and Bengali, the festival director added.

IAAC vice chairman Rakesh Kaul said that as the IAAC embarked on NYIFF 2021, its board wanted to set an “audacious goal” for the next 20 years that will amply symbolise the creativity, courage and consciousness that “our cinematic storytellers bring to the world.” Keeping this in mind, the NYIFF unveiled a new award trophy designed by IAAC board member and sculptor Raj Shahani.

IAAC executive director Suman Gollamudi said last year the film festival had to be reimagined in a virtual format and it involved pivoting to an online platform. “We emerged stronger with a larger footprint as global audiences engaged with the films,” Gollamudi added.