Story: After the break up with Joker, Harley Quinn becomes an open target for everyone in the city of Gotham, but she is not the only one looking for emancipation. Unprotected and on the run, Harley finds herself unexpected allies, - Huntress, Black Canary and Renee Montoya- when fighting the narcissistic crime boss Black Mask.

Review: Directed by Cathy Yan of, Dead Pigs (2018), Birds of Prey is an out and out Harley Quinn movie. From scene one to the end, she comes off as a porcelain doll that is out to get everyone, snaping body parts like nothing. Viewers are bound to get a kick out of the bright colours, flying glitter and loud language.

Harley who has just broken up with Joker is trying her best to get over it. She swears, she was very mature about the break-up and is trying to move on. To prove herself, she gets settled in a cute little apartment and even steals herself a pet hyena.

Often seen drinking her pride away at Roman's club, in a fit of rage, she jumps off the stage on to Roman's driver's legs snapping them in half. He had to pay the price for calling her a 'dumb slut' and in its the dumb part that hurt the most. Sitting on his broken legs she says, 'I have a PHD'. Roman who is one of the biggest crime lords in the city lets the damage slide because she is The Joker's girl. So, of course, nobody actually knowns, Harley has broken up with Mr J. The immunity comes in handy when walking around like she owns the town.

Since becoming the vengeful sister-of-mayhem, Harley is without a master for the first time. She does not have anyone telling her what to do and what not to do. So she goes on the only way she knows and her mind never stops too. Call it a prolonged side effects of all the drugs in her system or her personality now, but Quinn is still a psychiatrist clubbed with a demented punk cheerleader.

She does get her closure, in her own style, by sending an oil truck speeding into the chemical refinery where she proved her love for Mr J, but what it does instead is announces to the entire city that Harley is ready for the taking. With many trying to kill her, Harley has one way to make sure no one touches her again, make money. She even writes a business card for herself, ready to be employed as a mercenary, or to look for lost items, or as a thief. Another certain way for her to save her life is to bring back Roman the diamond that was just stolen.

That's where the story kicks in, much like the other superheroines in the film including Huntress, Black Canary and Renee Montoya. Even with them in the picture, Margot Robbie's presence never falters. Her wide grin lights up any darkroom and a grim scene, instantly as she switches between her multiple personalities.

By the second half of the film, we are still watching Harley introduce us to the other super-heroines in the film. We get to meet Huntress (Mary Elizabeth Winstead) who with little screen time still manages to create a persona strong enough ready for a spin-off. As for Black Canary played by Jurnee Smollett-Bell and Rosie Perez as Renee Montoya, I hoped to see a lot more of them. They all have different agendas that bring them to the same little pickpocketer, Cassandra Cain. Who has half a million on her head and the entire city looking for her, because she picked the wrong pocket.

Ewan McGregor, on the other hand, is Roman Sionis, the crime lord and antagonist of this female-centric film. Between showing off his art collection of shrunken faces and the hobby of peeling off faces, Roman is a narcissistic jerk who will force a women customer to strip in his club, because he thought she laughed at him. He has only two agendas in the film, to get the diamond and kill Harley.

Birds of Prey plays off, Deadpool and Shazam vibe right to the middle, with gruesome visuals, Harley breaking the fourth wall and comic sense of a teenager, rage and dark heart of an adult. This is the first studio directorial of Cathy Yan, and she hits all the right notes immediately. The action scenes to the slow-mo crowd-pleasing moments that will put you in sync with the rest of the audience is the USP of the film. It's like looking at a music video of a lavish party in a comic book style that you can not peel your eyes away from.

In the end, Harley does, what she is known for, comes and goes like the wind, and of course, also she takes the winning price with her. With the money, she also starts her own business. If you dare to take a look at the film for something more than it is, you can see Harley as a woman who despite being a social outcast, suffering from a psychotic break still takes her enemies head-on and lives to tell the tale.

Since the start of the film, Harley has been shown as an object ready for taking by anyone after Joker threw her out on the porch. But she wins the fight, for herself against all the men in Gotham. Our superheroines are often attacked by men, guns blazing, but bare hands, Harley wins each time with a smile on her face. These misfit women show us how bigger the movement of female empowerment truly is. Overall, Birds of Prey could be watched for numerous reasons and all of the are the right ones. 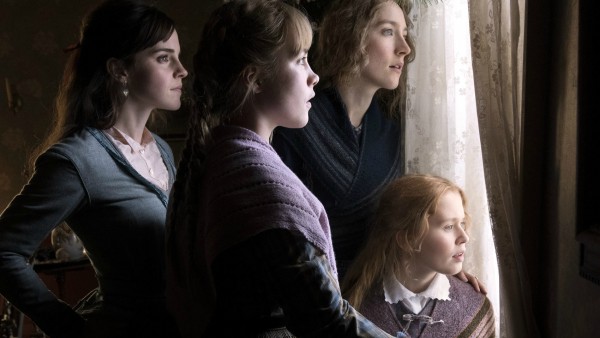 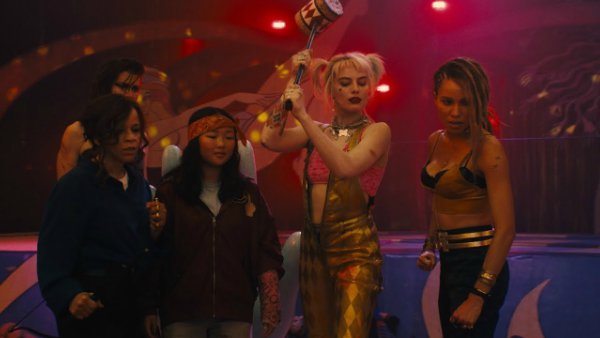