Story: Parasite follows, the Kim family as they create a plan to leach off the wealth family Parks. The story takes a turn when their symbiotic relationship is threatened by another family. What happens is the result of desperation, love and their vastly different situations.

Review: Parasite has received plenty of honours and praises from audience and critic alike around the globe. The film is being talked about not only for the story but also the directorial style and the layered screenplay. Directed by Bong Joon-ho, it talks about the difference in class and its effect on people's mindset. Set in South Korea the film also blurs the lines between genres and gives the audience a new experience that could make you happy at first, and soon send chills down your spine.

The film starts with Kim clan living in a small basement apartment looking for free wifi to be able to use their phones. Riddled with how to make money and make ends meet, the family often takes any jobs available and also know exactly how to take care of each other. Son Ki-woo's friend, before moving abroad offers him work at a rich family, as an English tutor in his place. The Kim family finally sees an opportunity for a steady paycheque and conceives a plan. After Ki-woo gets employed at Mr Park's house, the entire family soon began to infiltrate by taking other jobs with the family, as a housekeeper, driver, and an art therapist.

While you would think, this is a story about how one family leaches of another and takes over their life, Bong Joon-ho quickly shifts the gear into something dark and unsettling. Apart from a talented cast, and awe-inspiring direction, the film has its location working in favour of the screenplay. With a house that has its own secrets, we also find out the secrets of the people living in the house. Bong Joon-ho's films have a tendency to end where they start, and in Parasite, it works on various levels. The Kim family was hoping to earn enough and move out of the basement apartment, but they end up right there, hoping for the same things as before. On the other hand, Mr Kim also finds himself trapped in another basement, something he thought he could never imagine resorting to.

Parasite talks about a lot about society, the symbiotic relationship between the two classes of rich and poor, how they see life differently when on different ends, no matter how bad your situation is, there is always someone who is going through worse. We also get to see the drastic difference between the living style and conditions of both classes. Mr Kim who envies his boss, eventually figures it out, Mr Park is also just trying to provide for his family. With hints of horror and a psychological thriller, Parasite is a drama that promises to leave you with much to think about.

However, I was a bit disappointed at the end of the film. As Kim Ki-Taek chooses to hide in the bunker, it is hard to believe he will have to stay there for a long period of time. Wouldn't it be safer to leave the city than live in the house which puts him at risk every time he is hungry? The reporter at the end also mentions there was no motive found for Geun-sae's murder, and there was no motive found for Mr Park's murder by Kim Ki-Taek. So staying in the house underneath, just puts him more at risk.

Overall, Parasite will not only take you to the other side of the world and still be relatable, but also show you the world on the other side. Once you get past the barrier of subtitles, there is a whole different world out there, with amazing cinema to experience. 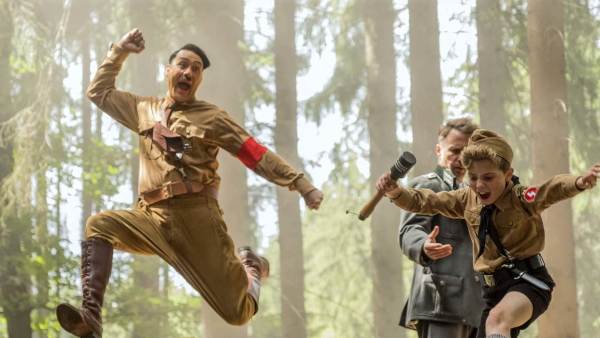