Story: Written and directed by Nicolas Pesce, 2020, The Grudge sets as a sequel and a reboot to the franchise. It follows the ghost of an unborn child killed by her father in a fit of rage. She now takes revenge and repeats the story with everyone she encounters, now across continents.

Review: The Grudge continues on since 2004, based on Takashi Shimizu's series of the same name, we now move from Tokyo to America. The curse is set to follow you, the minute you step into the house until you die and then it will move on to the next victim. When Fiona Landers, comes back to Cross Rivers, Pennsylvania, from the cursed house in Tokyo, so does the ghost, latching on to her.

Director Nicolas follows Takashi's style and presents a non-linear story adding suspense and drama to the protagonist's chase for the case. While this is Detective Muldoon's (played by Andrea Riseborough) first encounter with the curse, detective Goodman (played by Demián Bichir) our second protagonist has already managed to steer clear of the curse for quite some time.

By the time detective, Muldoon reaches the scene, the curse has already taken several families. The Grudge starts off as a crime drama and keeps up the case chase through most of the film, as Muldoon tries to figure out what happened to the families that died in the house and around that house. We are thrown back and forth between different stories and narratives until all stories are told, at first it's hard to understand the timeline. But it slowly becomes clearer as we meet another victim who has managed to stay alive a little while longer.

The Grudge uses its classic noises and follows the trend from the previous films in the series. It soundtracks is fun to listen to and also adds to the groggy visuals of the film, we have people being mutilated and cutting their own body parts so, it is not easy on the eyes at all. It is not for the weak-minded but is not scary enough to make the strong queasy. The script and the screenplay is identical to the original films, follows the same sense and theme but comes off as an improvement with better sound and jump scares.

The actors have made through the movie without any trouble, the cast is huge and you don't get to see a lot of them. But they have all followed through and presented an actual horror story. Unlike Annabelle from the conjuring series which had failed to deliver last year.

The film also has a tad bit of comedy involved, whether in terms of dialogues, situation, music or a scene presented in a comic manner. It was new and unexpected (since there isn't a single teenager involved in the movie) but never took away from the horror genre or the cursed essence of the film. The end of every grudge movie is the same, and this one does not disappoint you. Just when you think this is like every other horror movie and the protagonists gets her way, the curse follows you, till the end!

Overall, The Grudge is a reminder of the classic and at the same time brings out the best parts of the series all wrapped into one. It is worth a watch even if not this weekend right away. 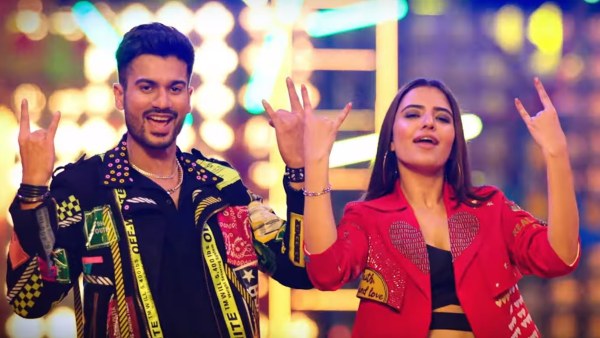