Story: After a zombie outbreak in Las Vegas, a group of mercenaries takes the ultimate gamble by venturing into the quarantine zone to recover $200 million from a casino in the heart of the city. Meanwhile, the smarter and stronger zombies plan to attack the humans invading their land.

Review: Zack Snyder's zombie movie, unfortunately, disappoints with elaborate backstories, forced character development and visual shots which feel like a waste on this film. Starring Dave Bautista, Ella Purnell, Omari Hardwick, and Ana de la Reguera in the leading roles, the film follows a group of mercenaries who plan to pull off a heist in Las Vegas filled with zombies.

Unlike other zombie films, where the outbreak is central to the plot, Army of the Dead spends a bit too much screen time explaining how the outbreak happened for a comic gag about Area 51 and aliens. And it is never brought up again, neither does it help any characters for the rest of the film. The elaborate title sequence does give an idea as to how the wall was built around Las Vegas and what the place means to our characters.

With a few shots, it is clear that Scott Ward (Dave Bautista) and his team are one of the very few people who have been in the city during the outbreak and came back alive. However, even after their heroic deeds, they were left behind with nothing for themselves. A few years later, Scott Ward is visited by a casino owner Bly Tanaka about a job to steal over $200 million from his casino vault before the military destroys the city with a tactical nuclear strike. 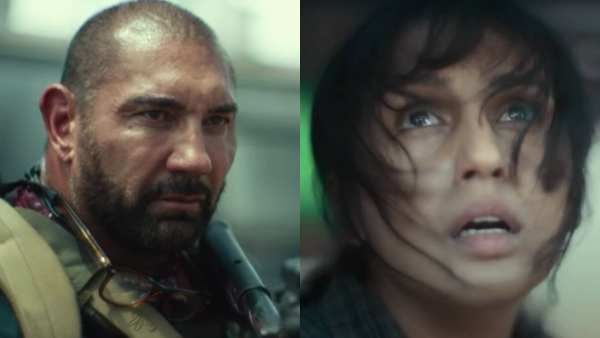 With hopes to reconcile with his daughter Kate, who volunteers at the quarantine camp outside the Las Vegas wall, Scott takes the job. Alongside his team from his previous raid during the Zombie outbreak, Scott hires a safecracker and some people wanting to kill some zombies. The plan seems easy- to go in with the help of Scott's daughter, kill a bunch of zombies, gather money from the safe and fly back out of the city with the chopper sitting at the top of the casino building. But it slowly goes down when they realise that the zombies are not mindless hungry creatures but work as an organised army.

Scott's daughter Kate also joins the team when she releases her friend Geeta (Huma Qureshi) from the quarantine camp snuck in to steal some money from slot machines to ensure the safety of her children. Kate is determined to bring back Geeta, while Scott is determined to keep Kate safe. While the team focuses on the heist, Bly Tanaka sends his own man Martin to capture a zombie from the city before it is nuked. The heist goes sideways when all are attacked and picked off one by one just before the city turns to dust.

While Zack has incorporated social and political commentary in the story with walls and quarantine camps, violence against women and people of colour, none of it contributes to the story. Army of the Dead also attempts to bring heart to the story but it comes off forced and inauthentic because not enough screen time is given to develop relationship between the characters. The light humour in the film does nothing more than giving the side characters a reason to be in the film and lengthen the screen time.

While the plot is predictable, Army of the Dead was expected to be a visual entertainer with superhuman zombies and big strong heroes fighting for their lives. However, several of the fight scenes come off sloppy and the VFX used to make the zombie being shot look like robots, just proves to be a hindrance. There are very few highlights in the film, most of which are already a part of the trailer. 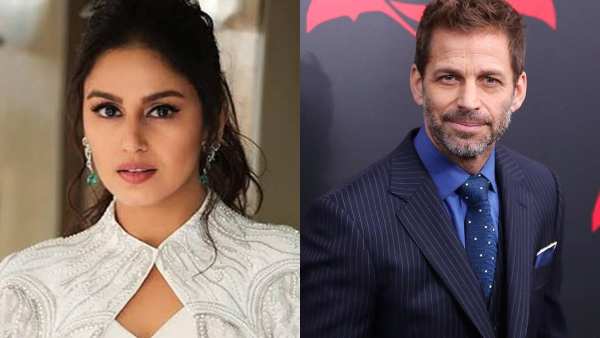 ALSO READ: Zack Snyder Wants To Work Only With Indian Actors After Casting Huma Qureshi In Army Of The Dead

Overall, I was bored out of my mind just 30 minutes into the film. The worst part about the movie is that it doesn't even fulfil the one task that led to everyone's death. Neither do they get the money out, nor is it confirmed if Geeta is alive to be with her kids. It's best if this zombie film is long forgotten among the other unfortunate attempts in the genre.