Plot: The Matrix Resurrections follows Neo and Trinity as they are back in the Matrix, stuck in a loop for 60 years and unable to remember each other. Neo aka Anderson (Keanu Reeves) does his best to bring back Trinity (Carrie-Anne Moss).

Review: Directed by Lana Wachowski, the original Matrix Trilogy changed the way the world not only understood science fiction content but also led to many other iconic films in the dystopian genre. Filled with philosophy, culture, science as well as a sense of belonging, the series gave most, something to believe in as well as something to be scared of. "Desire and fear are what keeps the humans going", as says The Analyst (Neil Patrick Harris).

However, Matrix 4 is more about giving Neo and Trinity a second chance and fulfill their love story. Neo in the new and improved Matrix is stuck as Thomas Anderson, a gamer who has revolutionised the world of gaming by designing a trilogy called The Matrix. Anderson, too, has a huge fan following. Neo has the sense that he has not only designed The Matrix game but actually lived it himself.

[SPOILER] However, his therapist - The Analyst - feeds him blue pills and maintains that Neo feels as such only because he used aspects of his real-life in the game and that he is mentally ill.

In his crazy life, one thing that makes Anderson feel normal is sitting in his regular coffee shop and watching a woman named Tiffany, who comes in every day with her two kids and husband Chad. Tiffany coincidentally looks exactly like Trinity from his game, but Neo never dares to speak to her.

With the fear of what's really eating his subconscious mind, Neo builds a Modal similar to the Matrix (while in the Matrix himself) to find any patterns. The Modal is found by Sentients in the real world in the city of Io, who then pull out a mix of Agent Smith and Morpheus that Neo had designed to help him get out of the Matrix. 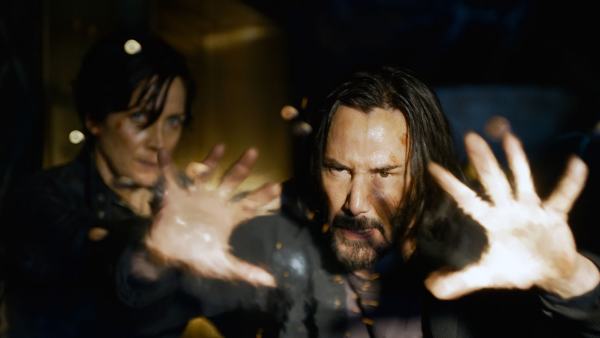 While the first half of The Matrix Resurrections has some unusual comic moments for a Matrix film, it does bring a fresh approach. Lana Wachowski has carefully constructed much of the beginning in a similar fashion as the original trilogy - dripping with philosophy, repetitive takes, how Neo feels about himself and what the Matrix has become. Wachowski also uses clips from the original films to draw parallels and make the audience feel comfortable; thankfully it also helps jog some memories of a young Keanu Reeves.

The second half of Matrix 4, however, feels more half-baked not only in terms of worldbuilding but also that it does not live up to the expectations of the Matrix series. Instead of keeping Neo and Trinity's love story a vital subplot of the film, it is given the absolute focus, regarding them as the central piece to the entire Matrix world. Thankfully, Wachowski does give the audience a moment to understand that Neo's work in the trilogy was not futile.

On the other hand, today's technology does justice to the Matrix world. With vivid visuals in both the Matrix and the real world, the film becomes more immersive despite the simple plot.

Not that it does not work. Keanu Reeves and Carrie-Ann Moss' chemistry makes it work, not only with each other with other characters like Jada Pinkett Smith, Jonathan Groff as the new Agent Smith, Neil Patrick Harris, and others.

Carrie-Ann Moss also gets a redeeming moment, as she starts to execute her powerful self once again. Meanwhile, Keanu is endearing as a calmer Neo who is for the first time ready to fight for himself, for what he wants. The makers have also used the actors' age as a way to fulfil the characters' essence of undying love and faith in each other. While they have used clever filmmaking tools and lighting to make up for some stunts, which could have been harder for the two, both can be seen going all out in the action scenes.

Priyanka Chopra as Sati steals the show with a looming presence in the entire film. Jessica Henwick and Jonathan Groff are some of the best characters and actors in the film - if The Matrix series continues these are the two to watch out for! 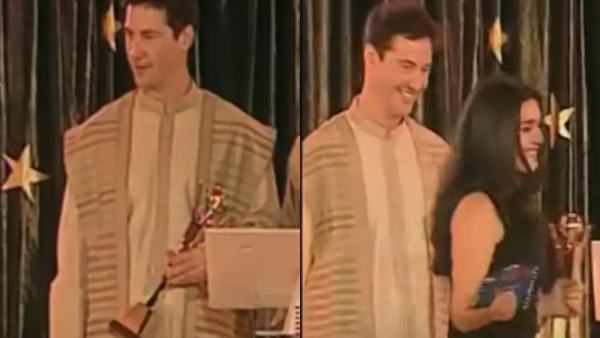 Overall, The Matrix Resurrections was expected to be groundbreaking but it is entertaining at the most, which is enough. The film is exactly what it is called, a chance for redemption to fulfil what they had once started and couldn't finish. While it does end on an inconclusive note, hopefully, there will be no more Matrix films.