The wait is over and Baahubali has hit the marquee today, July 10. Confused about why Kannada section is reporting on a Telugu movie? Because, SS Rajamouli's Baahubali stars Kannada actor Sudeep in a cameo role.

Yes, the reviews of Baahubali is circulating all over in social media and it is very disheartening to hear that, Abhinaya Chakravarthy just stays for 5-7 minutes in the movie. 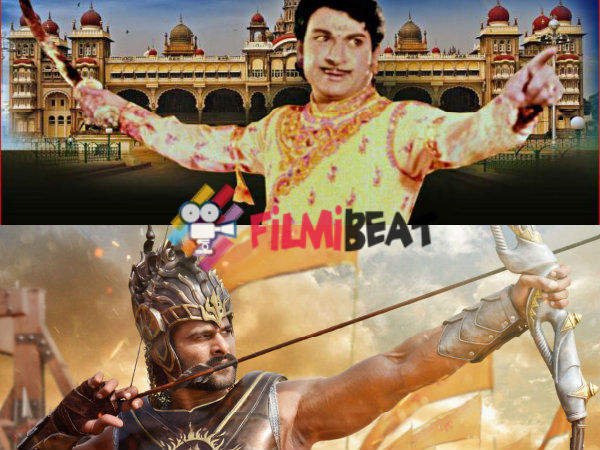 Kannada audiences, who waited to see Baahubali for Sudeep will definitely feel disappointed as SS Rajamouli has not given Sudeep, even 10 minutes in the movie. Sudeep plays the role of a King who meets Satyaraj in the movie. He shares onscreen space with Satyaraj in a fight and vanishes within 5-7minutes.

Sudeep earlier association with the director was successful, and he stole the show in Rajamouli's Eega. His role remains as a benchmark in his acting career, as he played the best antagonist role in Eega.

However, Sudeep's fans who are disappointed with Baahubali can have high expectations from Tamil movie Puli.

Read more about Baahubali in the slides below...

To all Sudeep's fans, here is a sad news. We all know that, he has played a cameo role in Baahubali. But is very disheartening to say that, the Ranna actor stays only for 5-7minutes in the movie.

Sudeep fans may have high expectation from Tamil movie Puli, as he plays the lead antagonist role.

The social media is filled with reviews of the most awaited movie Baahubali. But according to the alleged reports Kannada audiences should watch the movie without much expectation.

We all have enjoyed watching Sudeep in recently released Ranna. His fans who have been disappointed through Baahubali, can wait for Puli's release to enjoy actor's vigorous acting.

Sudeep Stays Only For 5-7Minutes(Approx)

We have been repeatedly telling our readers that not to have high expectation fro any movie. Baahubali has released, and the movie is a visual treat. But, it fails to meet the expectation with regard to the story-line.

So those who are expecting and waiting to see Sudeep's best, can wait till Vijay's Puli. The handsome hunk also has 2-3 movies in his hand, which has already went on floors.