Sudeep's Bigg Boss 3 week 2 comes to an end. In the second week, contestants Tsunami Kitty and Jayshree had been nominated in the eliminate process among other contestants of the Bigg Boss house. 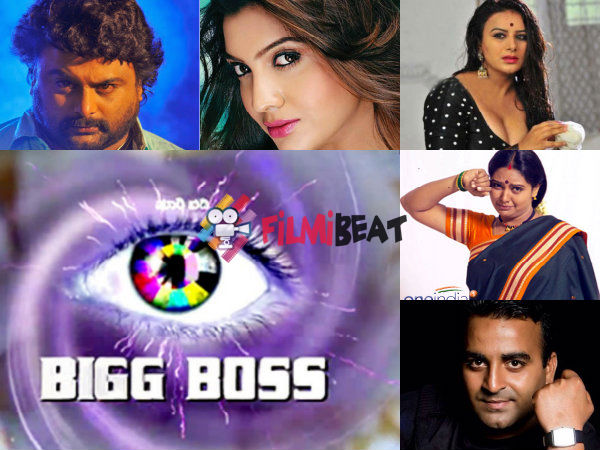 Read: How Much Did Bigg Boss 3 Contestants Get Paid?

Sudeep briefs about the happenings of the week in Varadha Kathe Kichcha Jothe which is telecasted on every Saturday at 9.00 PM from 10.30 PM.

The most desirable man Sudeep, hosts the show in his stylish way and the episode is crazily awaited by his fans and small screen audiences.

Model turned Kathak dancer Jayshree Ramaiah has been eliminated from Bigg Boss 3 in the week 2 episode of Varada Kathe Kichchna Jothe. Did Jayshree share her experiences of the show with Kichcha? To know stay locked here.

Continue to read slides below...

Jayshree Ramaiah with Sudeep in yesterday's 'Super Sunday with Sudeep' episode sharing her experiences about the show. The dancer turned model got eliminated after completing two weeks in the Bigg Boss house.

Jayshree was the youngest contestant in Bigg Boss house. She was always spotted with Prema's brother NC Aiyappa and Rahman Haseeb.

Jayshree is a free dancer. The model is also practising 'Kathak' from 2 and a half years.

In A Recent Photoshoot

The beautiful Jayshree in her recent photoshoot for Kumaran's Silks & Jewels ad.

The elimination day, Huccha Venkat and Jayshree had a war of wars for no reason.

Will She Become Popular From Now On?

Will Jayshree become familiar to Kannada audiences after getting eliminated from Bigg Boss 3? We will have to wait and see.