Popularly called as Sandalwood's 'Thyagaraja', actor Ramesh Aravind is back on the big screens, after the moderate success of his directorial venture Uttama Villian starring Kamal Haasan.

We had reported earlier that, Ramesh Aravind's next has been titled the same as, Kamal Haasan's earlier movie 'Pushpaka Vimana'.

Directed by Ravidranath, the movie is produced by Pawan Wadeyar, say the closest reports. The film-makers have released the official teaser of the movie which portrays best ever performance of Ramesh Aravind.

The 2 minutes 37 seconds teaser is beyond the expectations of the audiences. It portrays the love and affection between the father and daughter played by Ramesh and the little co-star.

While speaking to an interview Ramesh Aravind has quoted that, "The title of the film is Pushpaka Vimana, because I play a man in uniform who is crazy about planes. While I was initially apprehensive about the title, the team was firm about it and there is a reason for it." 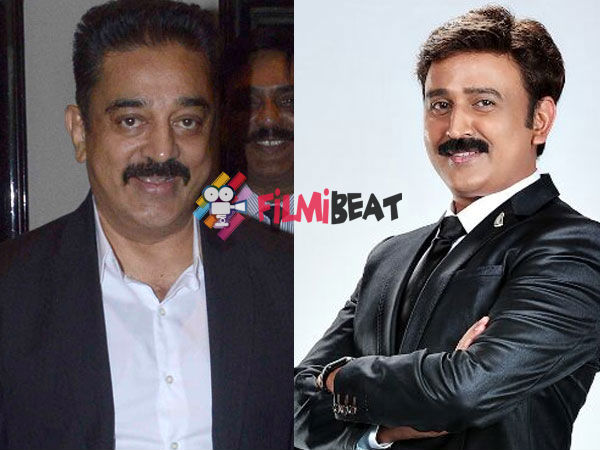 The main higlight of the teaser is the mindblowing acting by Ramesh and brilliant cinematography by Bhuvan Gowda. The actor has lived his role as a father on the big screen. Pushpaka Vimana will definitely be a success, opine the analysts of Gandhinagara.

Watch The Teaser Of Pushpaka Vimana below...