Looks like 2019 Lok Sabha elections is going to be a memorable one, considering all the drama that's unfolding between candidates who are contest from Mandya. On one end, there Sumalatha Ambareesh, who is being backed by Sandalwood actors such as Yash, Darshan and others. And then, son of HD Kumaraswamy, Nikhil Kumar is contesting as the other independent candidate. For a while now, supporters and contestants have been exchanging nasty remarks about one another. Recently, Abhishek Ambareesh went on defend Yash and Darshan. He also said that Nikhil Kumar has no right to talk about these actors.

He said, "Be it Darshan or Yash, they have achieved success through hard work. Me and the opposition candidate have a good family background. But, Darshan and Yash do not belong to such influential families. So before you speak about such people, you need to think if you have the right."

When asked about the comments they have from their end, the actor said, " We never said anything to them intentionally. When they say something, we respond and that's our responsibility. We have only that." 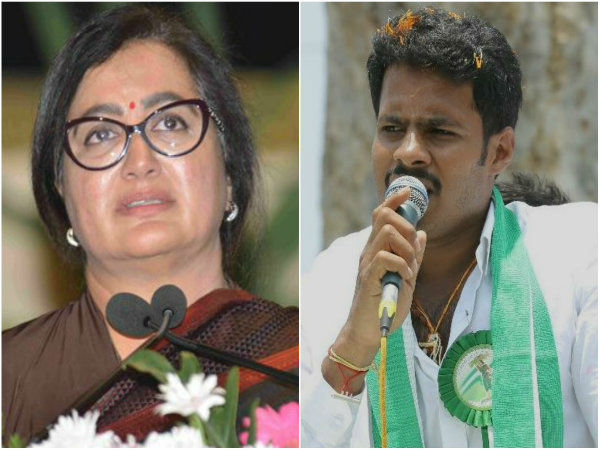 Sumalatha Says Nikhil Kumar Has Too Much Pride; Yash Response To 'House Rent' Comment Is Hilarious!

Currently, Yash has been rallying for Sumalatha in Mandya. Darshan will be seen campaigning from tomorrow.