Yesterday, on the occasion of Bollywood actor Sanjay Dutt's birthday, his first look from KGF Chapter 2 was revealed. The actor looks every bit terrifying, keeping up to fans' expectations. What highlights his first look the most is the ink on the face. Adheera's face tattoo has been discussed a lot on the internet and everybody wants to know if the words give away any hint regarding the film. After a lot of searching, we have decoded it and here's what Sanjay Dutt's face tattoo in KGF Chapter 2 means!

The tattoo on Adheera's face consists of a few words in Sanskrit. The fact that the KGF makers have always wanted to keep things edgy, justifies the words inked on Sanjay Dutt's face. The words, when loosely translated into English mean, "The battle will lead a result."

This clearly means that KGF Chapter 2 is going to showcase a major battle between its important characters. Since Yash is playing the protagonist and Sanjay Dutt, the infamous villain, we can expect a face-off between these two stars on-screen.

Since KGF Chapter 1 left us hanging with several unanswered questions, we can quite assume that Adheera's tattoo refers to one of the many assumed conclusions. Will Rocky Bhai be able to conquer the world? Or, will a stranger opposite force bring him down? Only time can answer these questions.

KGF director Prashanth Neel, through a post, said that it is his dream come true to work with Sanjay Dutt. The filmmaker shared the actor's first look from the sequel and wrote, "Rise from the ashes!!! Dream to work with THE khalnayak!Presenting to you #Motherofallcollisions.Happy Birthday @duttsanjay #SanjayDuttAsAdheera..#kgfchapter2🎬#bestestteameverr.@karthik_basrur_art thank u once again for a masterpiece👏" - (sic)" 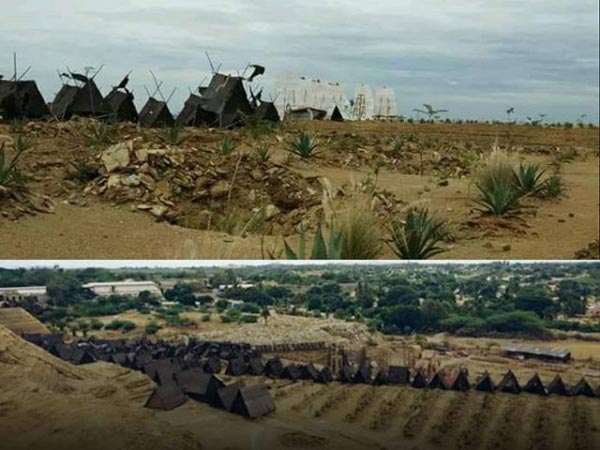 What character from KGF Chapter 2 are you expecting the makers to reveal next? Let us know in the comments below!