Actress and wife of late Rebel Star Ambareesh, Sumalatha has stirred quite a storm by contesting in the 2019 Lok Sabha elections. She's not the only one from the film background to be making an entry to politics. Seetharama Kalyana lead actor Nikhil Kumar is also contesting. However, the involvement of some of the biggest stars such as Yash and Darshan in Sumalatha's campaign has turned heads. And now, nearly every actor is coming forward to make their stance clear on this. After Puneeth Rajkumar, Dhruva Sarja too has issued a shocking statement on elections.

When Dhruva Sarja was asked about the ongoing political scenario, he was quick to respond saying he doesn't want to talk about it at all. He further went on to say that he holds no connection with politics and requested everyone to not drag him into it. However, he made sure to ask his fans to cast their vote and spread awareness on the importance of the same. 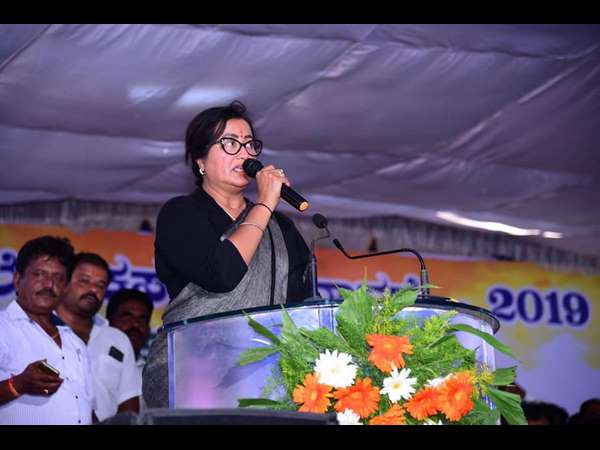 MOST READ : Sumalatha Ambareesh's Total Wealth Revealed; Has A Loan Of Rs 1 Crore! INSIDE DETAILS

Yesterday, Power Star Puneeth Rajkumar shared a post on social media saying he's only an actor and wouldn't want to involve himself in politics. "Voting is the constitutional right that every Indian has, which is completely their choice. As an actor, I can only ask them to take part in the election and use the right sensibly, but I don't have any right to influence Kannadigas or my fans to cast their vote to one person or party," Puneeth stated.